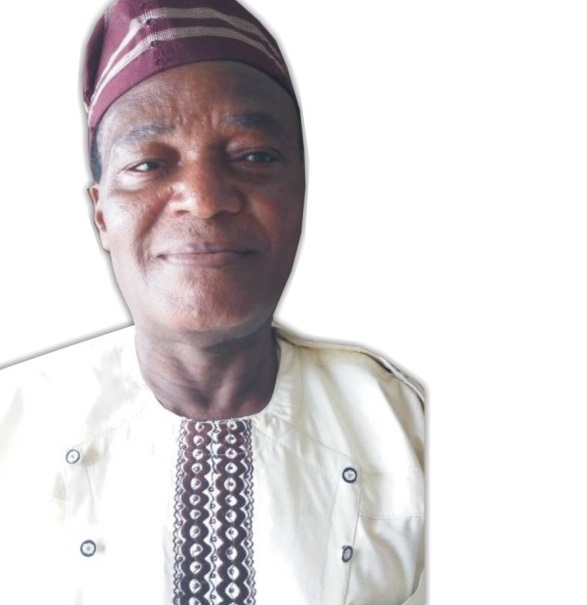 As we move closer to 2019 elections, a lot of political parties are warming up to tackle the APC and the PDP which are 2 main political parties in Nigeria. That is why there is so much talk about the 3rd force or 3rd alternative as the case may be.
One of the parties preparing to make a great showing at the elections is the Action Democratic Party (ADP) which is trying to build on the noticeable lapses of the APC and PDP. That is why it is promising among other things; an all-inclusive government at all levels, democratic empowerment of youths and women and party supremacy, as its distinguishing policies.

Last week, the ADP Chairman of Lagos State Barrister Nasir Adewale Bolaji, spoke to City People Magazine Publisher, SEYE KEHINDE about the party and how different it is from the APC and PDP. Below are excerpts of the interview.
Tell us about what ADP is all about?

ADP is all about eradicating impunity in governance. That has been the bane of Nigeria’s problems. Because political parties abound everywhere, but those who have found themselves in power have been acting and behaving as if there is no law and order; They do anything they feel like doing. They don’t follow due process. They don’t even remember the masses when they get there. They just do things.

Their attitude towards the masses is bad; They don’t have any feelings for people. That is what brought about ADP. ADP has seen the 16 year misrule of PDP and 3 years of APC. We know and we have seen that there is no way these 2 parties can take Nigeria to the height we really want it to be, hence there has to be an alternative, that is why we say ADP to us is a credible alternative. Its a child of circumstance, brought about by impunities and recklessness of all the other political parties who have found itself in power. Things have to change. We cannot just go on like that.

When you call ADP the credible alternative, how do you want to convince Nigerians?

Nigerians just has to listen to what ADP has to offer. They have to see those in the ADP as credible people which they are. They have to look at the constitution of ADP, at the manfiesto of ADP. They have to come closer to see how ADP is being run. You can see for yourself from the meeting we just had that we are not after money bags. Most of these money bags have approached us. But we cannot be with them on their own terms, except on our terms.

When was ADP set up or registered?

ADP was started in January 2017. We submitted papers to INEC in January 2017, but it was actually registered in June, 2017. ADP is just about 8 months old now.

Who are the big names behind ADP?

There is none, that is why ADP is unique. We don’t recognise major names in ADP; everybody is equal. Everybody is major in ADP, once you are part of ADP you are major; you become a stakeholder. You are as relevant as anybody. We don’t give preference to anybody, except you follow the constitution. Once you follow the constitution that is all. There is no big name. There is no masquerade behind the scene. Everybody is major in ADP. Most of this so called majors, when they see the constitution of ADP and we tell them they have to abide by the constitution they will take a 2nd look at it; they will want to think about it. Most of them are not real politicians. They just want to be in control, get things done, whatever they feel like. But you can’t do such things in ADP. In our party, you have to follow laid down procedures. You have to abide by the constitution. That is why you don’t have the so called major names in ADP. We believe everybody is big including someone who puts N1 naira there.

Who is the chairman of the party at the national level?

His name is Engr. Yusuf Sani. He is from Niger State. The Board of Trustees Chairman is an elderly person, he is Chief Alani Bankole from Ogun State and a few other people who are not major. With time you will know many more. We have state chairman of the party. We have Egunleti, as the Chairman of Ogun State ADP. We have Chairman in Ondo, Ekiti, Oyo, Osun. We have Senator Ovie Whisky in Edo State. He is one of the leaders of the party. We have so many well meaning Nigerians as members who have done well for Nigeria.