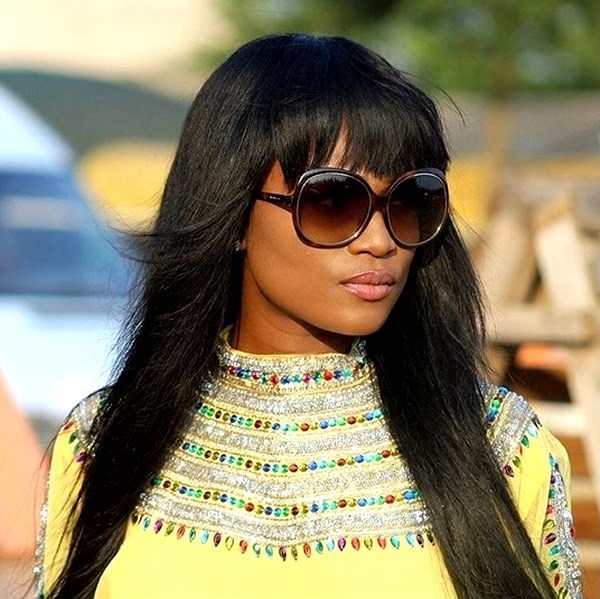 Christabel Ekeh is an actress and a model who was born to a Ghanaian mother and a Nigerian father, the first of three children.

Christabel Ekeh who has aided her entertainment career with the constant release of provocative pictures of herself is at it again with a big bang.
The actress who shuttles between Nollywood and Ghollywood has undertaken a n*de photo-shoot in a natural environment thereby stirring up an outrage. In one of the photos, she was stark unclad with an inscription “F*ck You” scribbled on her back in colour red.
Some social media fundamentalists have however trooped to her page en masse to heap insults on her.
This is not the first time Christabel Ekeh has posted such a provocative image via her Instagram account. However, hours after she made the post which landed her a social media bashing, the actress deactivated her Instagram account.
See more photos: Hate or Stupidity: White woman spits in the face of Nigerian Muslim in London