ACTRESS LIZZY ANJORIN EXPLAINS HER RELATIONSHIP WITH ALAAFIN OF OYO 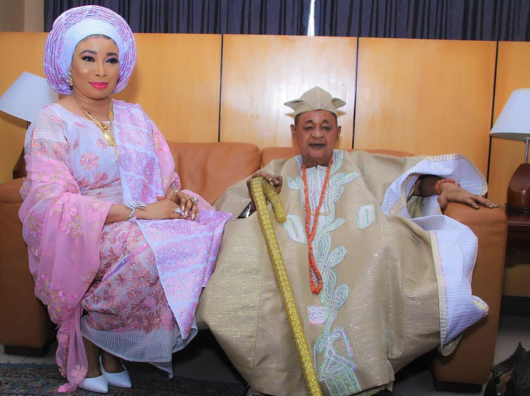 Talented Nollywood actress, Lizzy Anjorin has finally opened up on her relationship with Alaafin of Oyo, Oba Lamidi Olayiwola Adeyemi iii. According to her, the Alaafin of Oyo is like a father to her and she appreciates him a lot.

For all those who thought Alaafin of Oyo has taken her as his new wife, Anjorin added that the monarch cannot get married to any woman who is not a virgin.

The actress further explained that the king gives her loads of cash gifts and thanks her late parents for not sleeping in heaven. She named herself princess Lizzy Anjorin Aishat “Eganmidogo” Adeyemi. It could be recalled that Nollywood actress Lizzy Anjorin was recently awarded the Borokini Adinni in Lagos, a title given to an influential individual in the community.