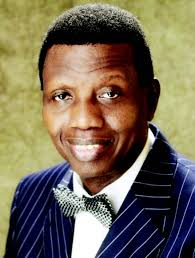 NIGERIANS should look into the New Year with hope. The year, prominent church leaders said in their predictions, will be good for the country.

According to them, the nation will come out from the general elections unscathed and stronger, despite the challenges and fears being entertained.

The clerics – Bishop David Oyedepo, pastors Enoch Adeboye and Daniel Okukoya – spoke on Monday night during the cross-over services in their respective churches.

Dr. Oyedepo of the Living Faith Church Worldwide (aka Winners Chapel) Ota, declared that nothing will tamper with the peace of Nigeria in 2019.

He stressed that Nigeria shall see no more bloodshed or war in the New Year.

He said: “The prince of peace will continue to dominate in Nigeria and Africa. We shall not see setbacks anymore. Because of the saints of God in this country, Nigeria shall remain safe. The year 2019 shall be a year of humbling testimonies.”

At the cross-over service at the Prayer City on the Lagos-Ibadan Expressway, Dr. Olukoya, who is the General Overseer of Mountain of Fire and Miracles Ministries (MFM), described 2019 as “a strange year characterised by strangeness.”

Describing 2019 as a year of “supernatural ease and double honour,” Olukoya declared that forces working against Nigeria shall be buried.

Leading a prayer session against forces of darkness in the land, Olukoya said: “Any power planning war in Nigeria, die now. Glory of Nigeria, do not slumber, arise and shine.

“Angelic carpenters, arise in your fury, break the horns of the wicked assigned to destroy Nigeria.

“Every utterance and pronouncement against Nigeria, scatter. Let the coven of terror become desolate and let no dwell in them.”

Pastor Adeboye, who is the General Overseer of The Redeemed Christian Church of God (RCCG), gave his prophecies in “coded language.”

Speaking at the Redemption Camp, Kilometre 48, Lagos-Ibadan Expressway, Pastor Adeboye explained that he decided to give “coded” prophecies to forestall the possibility of politicians twisting his words.

He said that being an election year, whatever he said could be twisted by politicians to sway the unsuspecting members of the public.

According to him, “as the year was running to an end, as usual, I sought the face of the Lord for what the New Year was going to look like.

“But then, we have a little problem. The little problem is that in Nigeria, this is the election year, anything I say will be twisted by who? By the politicians.

“So, Lord I want to know what the New Year is going to be like and yet I am afraid that if you tell me, and I tell them, it will be twisted.”

As usual the “coded” messages were categorised into prophecies for the nation, individuals, the RCCG and international.

Adeboye quoted a passage in Lamentation to the effect that Nigeria won’t be consumed because of the Lord’s mercies.