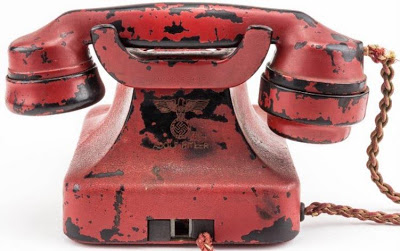 Earlier in the month, we told you that Adolf Hitler’s telephone, recovered from the Fuhrerbunker and kept in a box at an English country house since 1945, will be sold at auction in the United States.

The phone was presented to Hitler by the Wehrmacht and was used by the Nazi leader to issue most of his commands during the last two years of World War II, according to a description in the catalog for Alexander Historical Auctions in Maryland