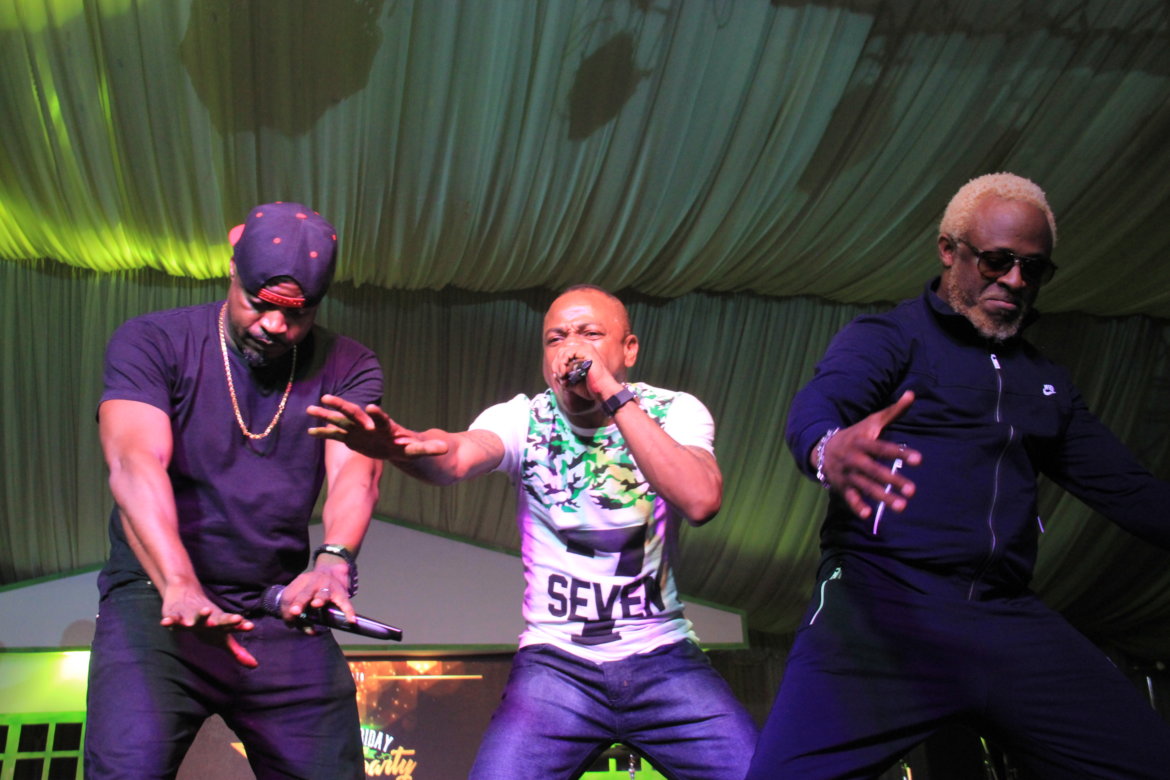 About 18 years after separation, not many believed that the frontline hip hop group of the late 90’s who no doubt paved the way for the new school to thrive in Nigeria, the Remedies, can come back together on stage for a cause. We want to tell you categorically that Adron Homes made this possible! This is one of the reasons why the 5th Adron Lemon Friday would not be forgotten any time soon.

The trio, after about 18 years of separation, came together on stage courtesy of Adron Homes and delivered their popular “ Orobokibo Anthem”, which was rocked by the 90s kids. The rhythmic flow of the team seemed to most people like they never splitted as each singer knows what to do at every point in time. The stage management was on point. The three legendary artistes who were given three microphones, deliberately dropped one and were able to ‘sync’ with just two, to show the team is still one, despite the years spent apart as solo artistes. Believe it or not, Remedies reminded us why we loved them in the first place. They also performed ‘Shakomo’, Shade and Judile.

One thing that is also worthy of note is how the rapper in the group, Eedris Abdulkareem, shocked the blonde, Tony Tetuila by signaling the DJ to play two of his hit songs as Solo artiste, “Two Women” and “My Car”. He also allowed him to perform while Eddy Montana and Eedris backed him up. Eedris rounded up the performance with the introductory verse of his controversial hit song “Jagajaga”.