AFROSONICS FOUNDER DAYO AYODELE TOUCHES BASE WITH HIS ROOTS 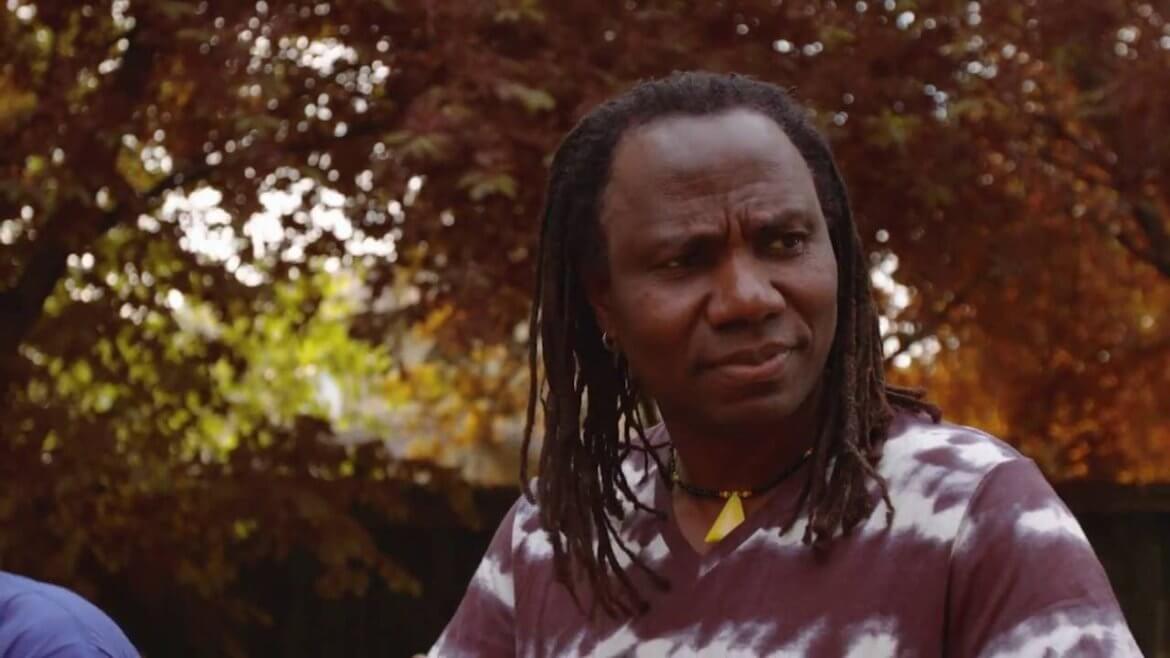 After a long sojourn in the United States with a successful career in music, founder of popular Afro-Indie band Afrosonic Dayo Ayodele breezed into town recently for several outings including the grandly celebrated 50th birthday of Joke Bakare wife of business mogul Muyiwa Bakare at the Pearl Towers Eko Atlantic Lagos. Even though not physically present at home, one could see that Dayo has been following and is touch with the developments in the music and movies scene and is really excited at the huge leaps in the Nigerian creative and entertainment space. He said that “Nigerian music and movies are grabbing attention on the global stage and fast taking their place there. Many Nigerian artistes were doing things out there that are interesting producers and promoters@ global. Naija hiphop called ‘afrobeats’ is being played in clubs & radio stations all over and the iconic status of Afrobeat legend Fela Anikulapo Kuti has inspired many productions including the popular broadway production FELA! The legend’s music is also being studied and performed by many bands internationally. It’s a big deal. FELABRATION is not only being celebrated in Nigeria but globally” he enthused.
Although his parents wanted him to study medicine, he learned African drumming from his grandmother at the Apostolic Church services he attended as a boy. He went to America to study film, taking classes at Columbia College Hollywood and USC. After graduation, he worked as an editor and a production assistant and also exported American albums to England for Liverpool-based independent label 3 Beat Records. He then moved to Idaho from California in 2004. Funnily he did a stint in banking before switching back to his first love music. Dayo founded Global Lounge in 2006 when he brought the various ethnic groups living around them together. At first, Ayodele concentrated on his band United Roots, an Afrobeat/reggae outfit which formed in 2006 and broke up in 2009. Ayodele started devoting more energy to his work with Global Lounge. Afrosonic’s was formed in 2011.
Asked what inspired his forming the Afrosonics he responded “As a child way back here at home in Nigeria, i saw a Coca-Cola commercial that played a lot on TV that spoke about teaching the world how to sing in perfect harmony.” For him the commercial suggested a world far beyond anything he had experienced. What impressed him most was the image of people of different races and cultures holding hands suggesting that it’s a big world and we all have to live in peace and unity.” After he had moved to Boise, Idaho, Dayo drew on that idea to start Global Lounge, a nonprofit that seeks both to foster cultural awareness and to help refugees and immigrants acclimate to life in the US. He also brings that spirit to Afrosonics, which combines African music with funk and jazz. Afrosonics fusion of musical genres reflects the influence of Nigerian musician Fela Kuti, who pioneered Afrobeat. Dayo’s mother grew up with the Kuti’s as a child, she lived in a christian boarding house run by the family. Dayo never had a personal connection with the Legend except a few times that he came around the house to greet his mom and stuff. But he did grow up listening to Fela’s music and also considered him ‘the main news source’ during a time when Nigeria suffered from strict censorship, military coups and high-level governmental corruption.
Dayo recorded the Afrosonics album influenced by the universality of  music. Afrosonics has chosen this medium to bring people with diverse musical influences together in the creation of an original music style. Audiences experience new vibes through a fusion of guitars, drums, percussion, keyboards, electronic soundscapes, vocals, dance and chants. Although most of the rhythms are of African and American origin, it’s tough to put a label on their sound. It’s been called Electro Funk, Afro Funk, Eclecto Funk or Afro Punk. They call it Afro-Indie. Afrosonics incorporates music from all over the world, and the root of each band member intermingles to create something both classic and unique. In addition to their own music, the group draws influences from other musical genres and locales, including South America, the Caribbean, funk, southern American jazz, blues, rock and others that capture the true essence of the African, American or Universal spirit. Dayo & Afrosonic has shared stages with many artistes likes Angelique Kidjo, TV on the Radio, The Suffers, Budos Band and others.
Dayo has big plans for the future. Since visiting he has met with several promoters, artistes and producers to check the scene out and how best to plug in with his music and also how he can use his wealth of experience to contribute to the growth and development of the music scene here. He plans to collaborate with various Nigerian musicians and in conjunction with his agents Inspiro productions organise tours with Nigerian musicians both in Nigerian and the US at various festivals and concerts.

Comedian Bovi’s House Gutted By Fire, His Phone Stolen By Man Who Came to Help

Wande Coal Plays With Colors In His...