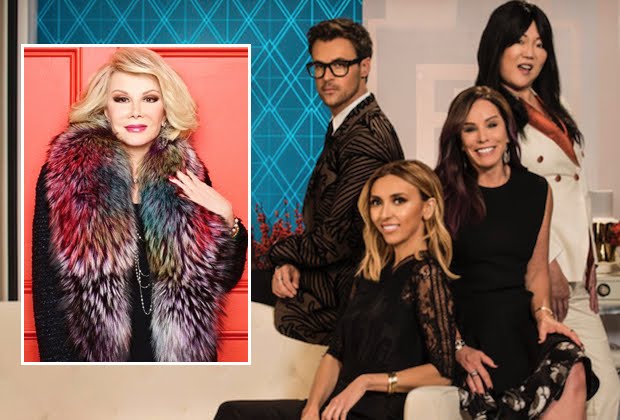 Fashion Police, the popular series on E! Network is set to end with a special finale on November 27.

According to People, the special will reveal never-before-seen footage including a previously unaired episode, featuring late host, Joan Rivers.

The network announced Wednesday that the series hosted by Melissa Rivers, Joan’s daughter, will sign off with a special episode, ‘Fashion Police: The Farewell’.

Fashion Police was helmed by the legendary comedian since its inception in 1995, covering every major award show and fashion event with Joan’s signature sharp wit.

After the demise of Joan, 81, in September 2014, the franchise continued with the blessing of Melissa, 49, as executive producer who also became a co-host in 2015.

“Thank you to E! for having the vision to see the potential of Fashion Police which changed both the entertainment and fashion industries,” Melissa said in a statement.

“I am truly proud to be part of this legacy.”

“For the past 20 years, Fashion Police has been part of the pop culture zeitgeist and it’s definitely been a fun ride for the hosts as well as the viewers across the globe.”

AFTER 20 YEARS, FASHION POLICE TO GO OFF THE AIR was last modified: October 19th, 2017 by Arinze Ago