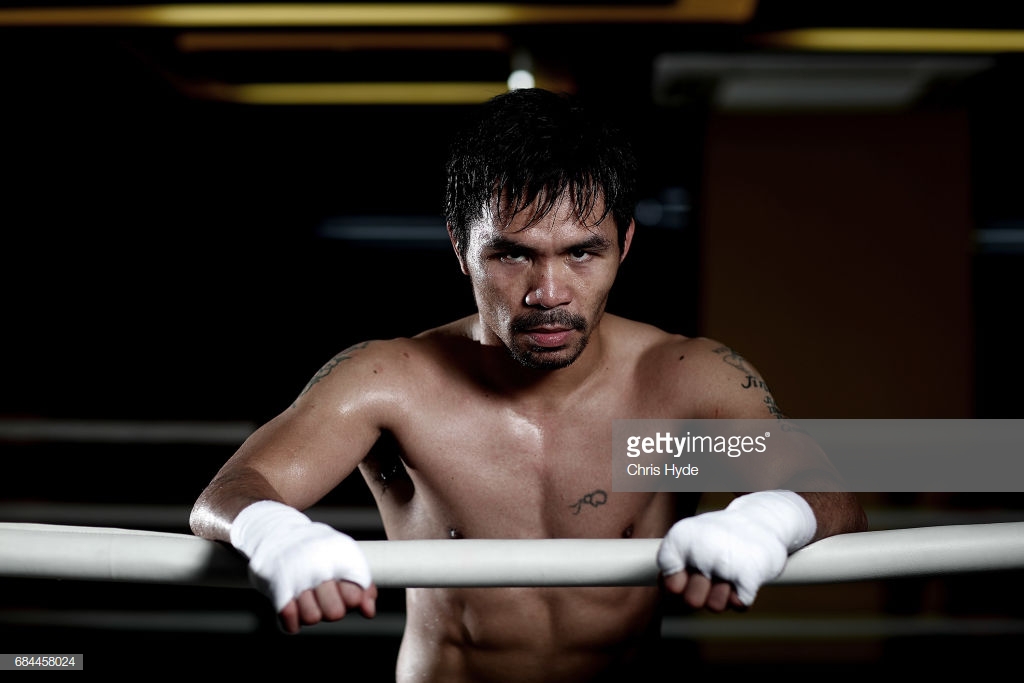 Manny Pacquiao remains a name to be recon with the field of boxing, he has remained a name that many not so soon will forget, apart from going into retirement,going into politics and now coming out of retirement, he still remains a force in the sport of boxing.

The boxing icon Manny Pacquiao might have suffered a potentially career-ending detached retina in his left eye in beating Adrien Broner on Saturday.

He was set to fly home to the Philippines on Monday for an exam by an eye specialist, the 40-year-old fighter told friends after the fight he had lost some vision in his left eye, according to the report.

Pacquiao came to the post fight news conference wearing dark glasses but never mentioned the injury. When Pacquiao returned to a home he owns in Los Angeles on Sunday, he discovered it had been burglarized.

“They think it happened on fight night. They’re gathering information and taking inventory and the police are investigating. It’s an upsetting situation. They don’t know what’s been stolen, if anything”  Sternburg said.

The boxing icon lives in the Philippines, where he is a senator, and has not spent much time at his Los Angeles home since 2016, according to Gibbons. One of Pacquiao’s aunts lives there and serves as its caretaker.

“The burglars basically went in and ransacked the senator’s bedroom. It seems like they found nothing and then they bailed,” Gibbons said. Pacquiao is scheduled to return to the Philippines this week but plans to attend the Los Angeles Lakers-Golden State Warriors game on Monday night at Staples Center in Los Angeles.

This are 5 Nigerian celebrities who were born rich!