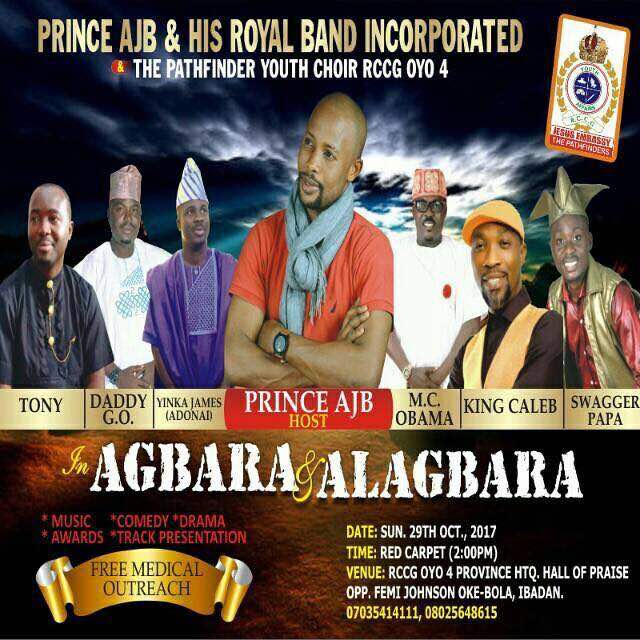 The countdown has begun as Prince AJB & His Royal Band Incorporated (The Pathfinder youth choir of RCCG, Oyo 4) will be hitting the ground running as they organize an all-encompassing outreach on Sunday, October 29, 2017, at the RCCG Oyo 4 Province HTQ in Ibadan.

The event which is tagged “Agbara and Alagbara”, which means “Power and the Powerful” is set to feature men and women of God who shall be ministering in various capacities from music, evangelism, comedy, drama, track presentation and award.

Agbara and Alagbara set to hold this Sunday was last modified: October 26th, 2017 by Reporter

AMVCA Is Meant For Only Yoruba Actors...