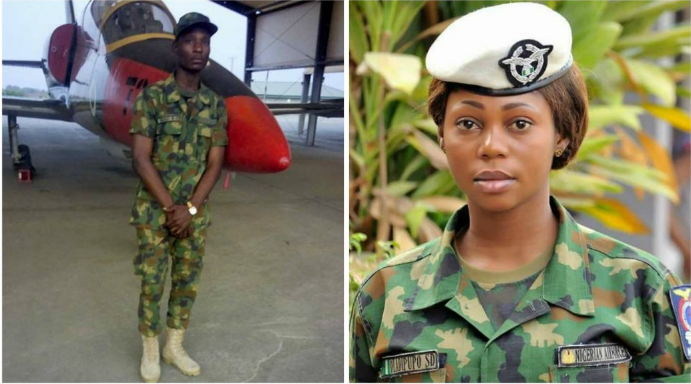 The Nigerian Air Force has sentenced to death by hanging Airman Kalu Bernard, for killing his lover, Solape Oladipupo, aka Shomzy Shomzy, on March 12, 2017.

The judgment, which started 9am on Tuesday, dragged till 4pm when it was stood down before the panellists reconvened at 7.30pm.

Reading out the 70-page court findings, which lasted for about two hours, the Judge Advocate, Flight Lieutenant M.A. Umoh, listed the eight-count charges against 21-year-old Kalu to include murder, house breaking, impersonation, attempted murder, among others.

The defence counsel, Abimiku Ewuga, urged the court to temper justice with mercy, saying the accused was his family breadwinner.

The President of the court, Gp. Capt. Elisha Bindul, who found the accused guilty in six out of the eight counts, sentenced him to death by hanging, subject to the confirmation of the conveying authority, Punch reports.

Ewuga later told reporters that he would appeal the judgement.

Kalu had on March 12, 2017, killed Oladipupo at her Corporal and Below Quarters, Compound 9, Air Force Base, Makurdi, on the suspicion that she was in a love relationship with another man.

He had broken into Oladipupo’s home before shooting her in the neck at close range.

Driver mysteriously bleeds to death while on steering in Anambra state