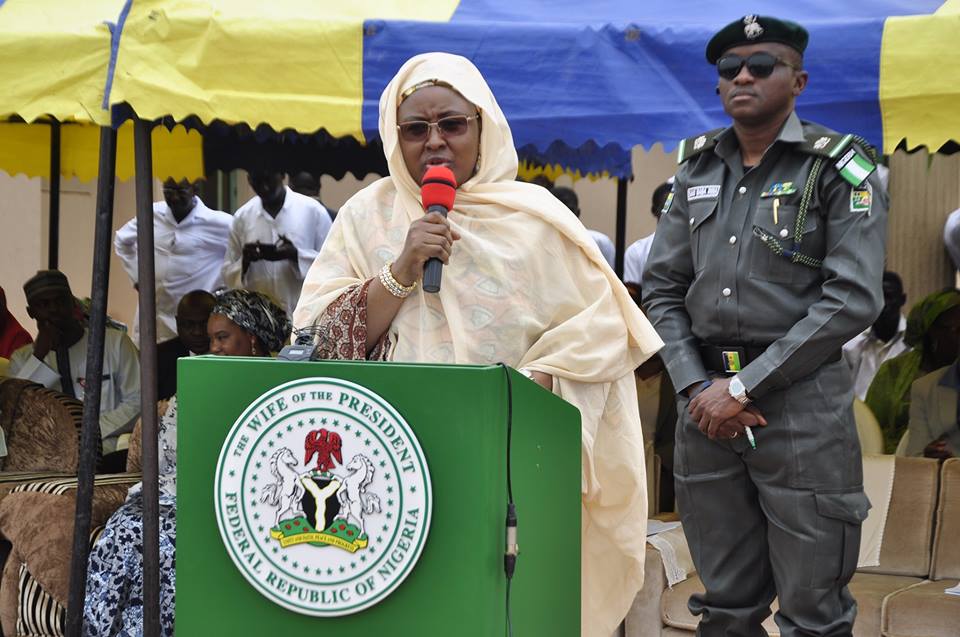 The Buhari Media Support Group on Thursday said wife of the President, Aisha Buhari, saw her husband during her recent visit to London, contrary to insinuations that she did not.
The group said this in a statement signed by its chairman, Mr. Austin Braimoh; and Secretary, Mr. Cassidy Madueke, in Abuja.

It said that the insinuation that Aisha did not see the ailing Mr. President was “a tissue of lies aimed at ridiculing the President, his office, wife and officials working with him.”

The group said, “The attack on the first family had got personal;” adding that “the visit of the president’s wife was a family affair.”

According to the group, “The president’s wife even came home with the cheering news that her husband’s health has improved and that Nigerians should keep praying for his full recovery.”

It maintained that the Presidency remained one, as evidenced by the freehand given to the Acting President, Prof. Yemi Osinbajo, to run the country while the President is away.

“The claim that a cabal or a few officials working for Buhari is holding the presidency to ransom is far from the truth,’’ the group stressed. (NAN)