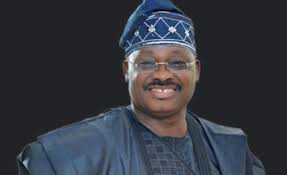 Aareonakakanfo of Yorubaland, Iba Gani Abiodun Ige Adams yesterday said the death of former governor of Oyo state, Senator Isiaka Abiola Ajimobi was a big loss to Nigeria and Yoruba in particular, disclosing that posterity would be kind to the politician.

Paying glowing tributes to the ex governor, Adams, in a statement by his Special Assistant on Media, Kehinde Aderemi, said the late Ajimobi was a man of history, a statesman and complete Yoruba man that made remarkable impact in Oyo state.

He said Ajimobi broke the jinx in Oyo politics by becoming the first governor to have served the state for a two-term tenure with various legacies and achievements.

“Life is like a stage, you play your part and leave for others. The late Abiola Ajimobi has played his part, done his best as a man and I am sure posterity will be kind to him”

“He played a crucial role during the preparations for my installation
ceremony as the Aare Onakakanfo of Yorubaland. The late governor Ajimobi was fully involved and ensured that other southwest governors at the time played their parts in that historic ceremony on Saturday, January 13, 2018, at Durban Oyo”

Adams, expressed sadness that the immediate past governor of Oyo State, eventually, lost the battle to death, after several attempts made to revive him as he was reportedly in coma and on life support for some days,from complications from COVID-19, shortly after surgery at the First Cardiology Hospital, Ikoyi, Lagos.

“I commiserate with the family, Oyo state government and the good people of Oyo State on the death of our illustrious son and astute politician. The former governor will be remembered for setting the pace for corporate governance in the state. He was well known for his exemplary humour delivering most of his speeches and thoughts with high sense of dexterity and humour

Iba Gani Adams, however, take solace in Ajimobi’s death, saying the ex governor lived a fulfilled life , even as he prayed God to give the family the fortitude to bear the loss.