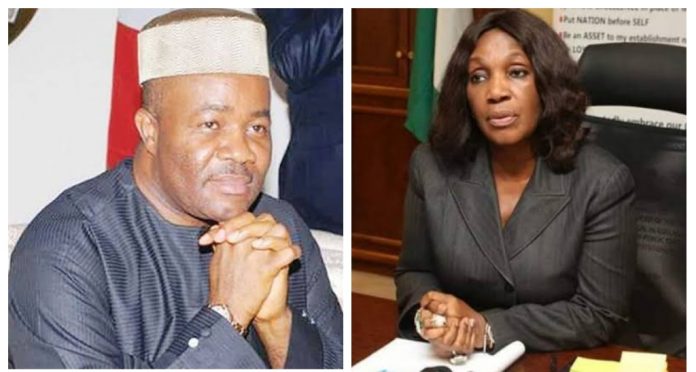 ‘The Minister of Niger Delta Affairs, Godswill Akpabio, sexually harassed me and I gave him a dirty slap’ those were the words of the.former Managing Director of Niger Delta Development Commission, Joi Nunieh, on Monday during an interview on Arise TV.

She said, “Why did he not tell Nigerians that I slapped him in his guest house at Apo? I am the only woman that slapped Akpabio. He thought he could come up on me. He tried to harass me sexually.

“I slapped him. He tried to come on me. I am an Ogoni woman and nobody jokes with us. I showed Akpabio that Rivers women do not tolerate nonsense.”

The interviewer, Reuben Abati, asked whether she was accusing Akpabio of rape or sexual harassment, Nunieh said, “Harassment sounds better, not rape.

She also accused Akpabio of trying to inflate the NDDC budget.

Nunieh added that the minister directed her to include some projects from the refugee commission in the budget of the NDDC.

COVID-19 Has Forced Us To Go Back To Herbs – Popular Herbal Practitioner, QUINCY AYODELE