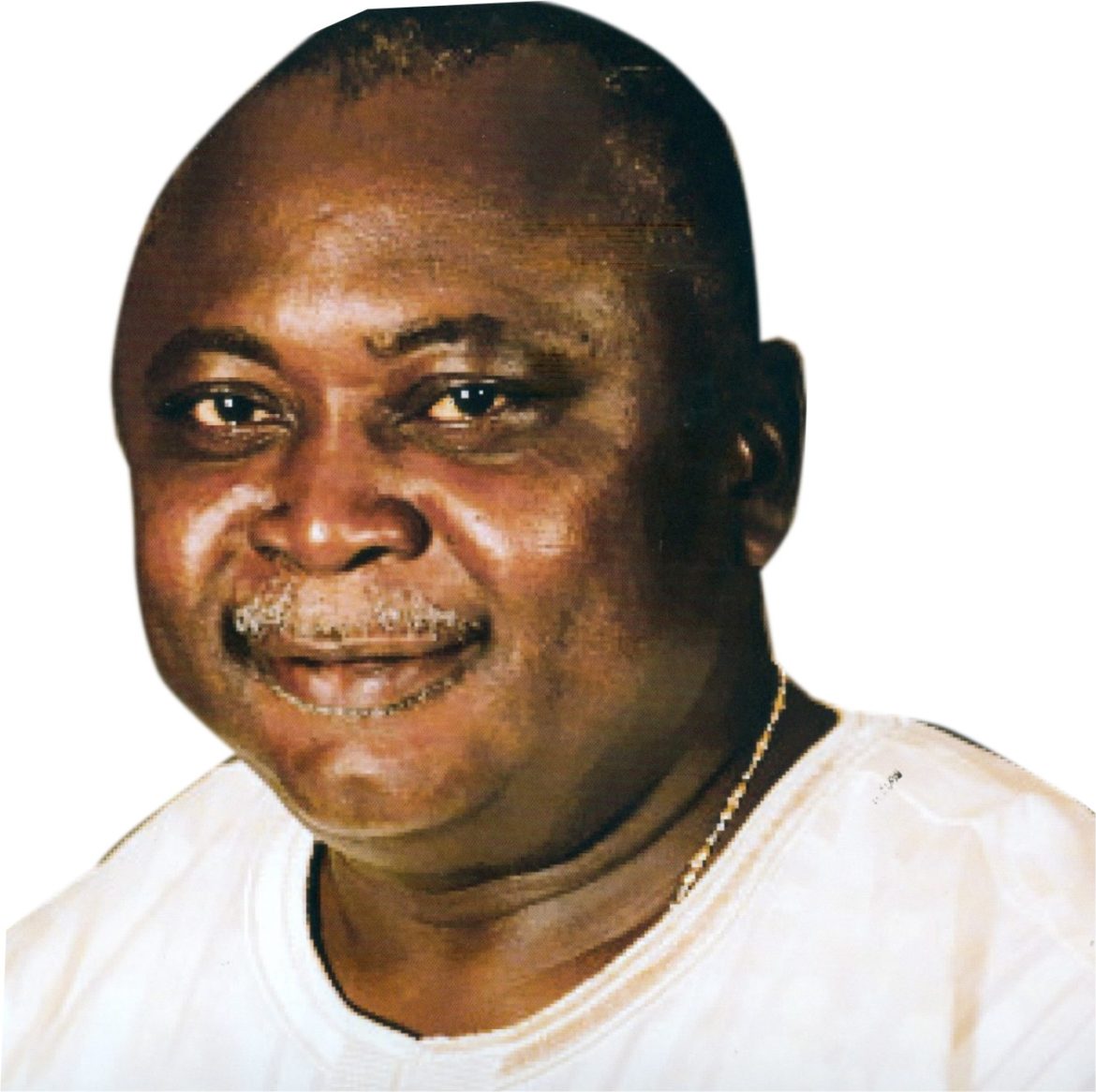 •Set to Become The Lisa Aje of Egbaland

•What He Told City People Magazine

In Ogun State right now, Hon. Oladipupo Adebutu is one of  the leading politicians. Hon. Oladipupo Adebutu was a member of the House of Reps representing Remo Federal Constituency. He is the son of Lagos billionaire, Chief Kessington Adebutu popularly called Baba Ijebu. He hardly grants interviews. In the next few days, the Alake of Egbaland will be coffering a big title on Ladi Adebutu. It’s the prestigious title of Lisa Aje of Egbaland. The ceremony will take 3 days in October, 12th, 13th & 14th.

But a while back, he spoke to City People about his life and involvement in politics, plus what his father has taught him at close to 60.  Below are excerpts.

What has your experience been in politics so far?

I have been in Politics since 1992. It has been 28 years old experience. It has been a basket of mixed feelings, mixed blessings, we have had successes, missed opportunities.

In a way, I feel unfulfilled.  When I started in 1992, I sincerely believed it was going to be easy, but over the years, I have come to see that the greatest impediment to success is the will of the men themselves not to succeed. Often I see missed opportunities not because the ideas have been lacking or policies have been lacking, but simply because most times you have conflicting personal desires that tend to derail a grand vision and it is very painful.

How does it feel being the son of a very prominent Nigerian like Chief Kessington Adebutu and also being a politician?

He said because often the Message gets lost. You will tell the truth. You will take a position that is truly the right thing to do. But coming from you it gets distorted. I said a long time ago, at the advert of this new government that one of the greatest shockers I got was a supplementary budget that we had to pass for the purpose of Fuel Subsidy.

The amount was so stupendous compared to anything else that was been done in government. And I said as a businessman! Know that if I have one single item that will take away, maybe, 50% of my spending power, I would really want to dissect and rationalize that expenditure I said look, instead of expanding this humongous amount on subsidy for petroleum. If we must subsidise anything, lets take a fraction of it and put in Agriculture and subsidise Agriculture.

The dividend will be more multifaceted and make more sense. When I said that, people started making snide remarks.

Haa! He is saying that because you can afford the fuel because you come from a wealthy background.  Why won’t you say we should take away the subsidy.

Interestingly, one week after he said it, captains of the ruling party, APC came out and said that is the reality, that is what to do times.

Often times when you deliver a message, it gets this kind of distortion. However, I say to myself, there is no meat that comes without bones.

So if you must have a good chunk of meat to eat you must accept that it comes with bones. I thank God that the disadvantages it has given in this matter is small as compared to its advantages.

All glory to God.

People always commend Lado for been able to flow with the high and the low. How does a rich man’s son always come down to the level of the grassroots? How do you relate with them? And how come you are at home with everybody despite been a silver spoon?

It has to do with my background and the principles and teachings I imbibed when I was younger. It was to do with personal conviction and the truth of the matter is every individual has to sit down and say to he or herself: What is all these about? When I did that research I came to the conclusion that the difference between being successful and not successful, affluent and not being affluent is Grace.

Its not the amount of work. It is grace. I inherited a piggery farm from my father in 1992 shortly after I came back from my studies abroad. And I visited nearly every piggery farm in the immediate area.

Even the big farms had maybe 2,000 to 3,000 animals. And there were very few of them because the business is difficult to run. It is extremely difficult but very profitable.

I have been able to build that farm to 10,000 animals. There is nothing near that in this country people don’t know that. There is no farm that population of pigs.

People often ask me. Ladi, how do you do it? Sebi they said you don’t work? Look Seye, I run the farm with my staff. We are hands-on. And we run it profitably. I have my staff my team who are on top of the situation. It is the grace that has helped us. Before a problem comes along God gives me a why to solve it. He is there for me. Once, there was an outbreak of swine fever, a rival disease of pigs, swines. It didn’t affect my farm. The mortality rate can be up to 90% on a farm. And farms were going down then, here. By the grace of God my farms escapes it. If I didn’t escape it, I will definitely not be where I am today. It was an act of God. So you see in all these things it is not about human beings being too clever or too smart. It is Grace. Some people will sell water and prosper. Some people will sell Gold and they won’t succeed. That is truth of life.

How come you keep talking about Grace? How did you discover it?

You are right. It is because I am in the shadow of a very very strong background. People just don’t see you, people don’t appreciate you for being what you are. I am very visible. There is no way you will read newspapers and not read about my contributions.

But even the problem now is, even when you read the newspaper they only mention Adebutu ask government to contribute more to rural development. I am telling you, despite the fact that I am the only politician in the family, when people read the headline in the newspapers they always think. It is my father. It is not as if I am talking. I am visible. It is just that even when I talk they scribe it to my father.

How does it feel being the only politician in the family?

What sort of a man is he?

My father is a very fine man.

He used to do politics in those days, a long time ago. But since he grew old and became an elder statesman, and a father to all he stopped partisan politics. He is a politician and a very brilliant one as well.

When you decided to go into politics years back how did your father take it?

He didn’t like it. The main issues then and now is that often, unjustly you get denigrated. And when you don’t have too thick a skin, to cope with that, you give up.

Can you tell us a bit about your upbringing and growing up years?

My upbringing was a privileged one. And a very blessed one. I went to the best schools in Nigeria and abroad, schools like International Women Day Nursery School, St. Saviour School, Ebute Metta, Igbobi College. I went abroad to all the best schools.

But the truth of the matter is that there is no better education than what your parents transfer to you.

By that I mean how your parents train you. We have a very strong sense of Equity and Justice.

We have a very strong sense of Contract if you give your word you must keep it. Its like a covenant you must keep your word even if it is at a  loss to you. This concept of living by ones word, living by convening is germane and fundamental to everything. It affects everything.

Once you are brought up to believe that you must keep your word, it affect the way your relate with other people, it affects the way. You do business, it affects everything. You must do things equitably and justly. There are the parameters around which we have built our existence.

I am an Analytical Chemist by profession. The idea was I will be able to run the family business, tape manufacturing, gums, glues, adhesives and all that. And we are doing ceramics as well. But by the time I graduated and I came back to Nigeria many industries and manufacturing concerns had been destroyed by foreign exchange issues at that time. So I had to do something else and one thing that came readily to mind was Agricultural.

My father was into Agriculture as well at that time. So it was easy for me to now say I don’t only want to do mechanized farming, I want to do Livestock and I got fantastic encouragement from my father, a very fine man. I am telling you. He made me realise it will not be easy and he made me realise that unless I could do it differently, and get very, very big, he might not be able to support me. But he encouraged me. He gave me ideas on how to get big enough to support me. Thank God for him, today can say I have the biggest piggery farm in Nigeria. In the next year or two I would have added the processing in place. Once I start processing UAC, UTC would have been surpassed. They are main companies now that process pork. Unfortunately, for them they have not been able to successfully run their own farms.

What sort of a person is Ladi Adebutu?

So how do you cope with all of them?

(Laughs again) I just leave them to God. I just do the journey and pray. May God help me.