Alert! 10 Fraudulent Places Not To Buy Land In LAGOS 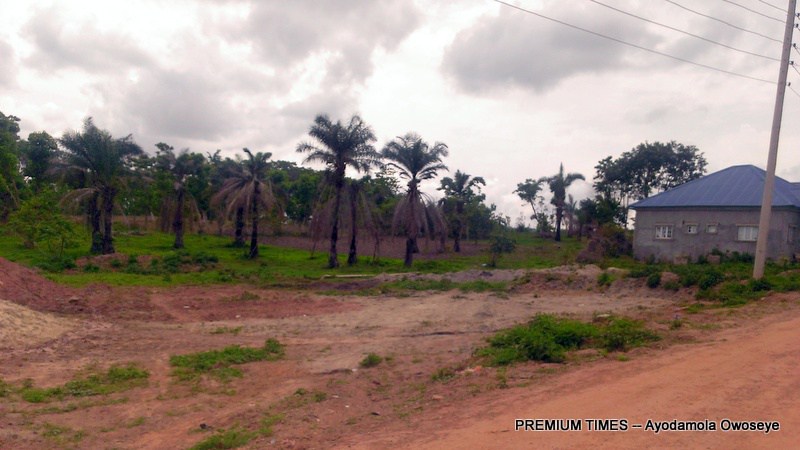 Recently, the Lagos State Government through its Ministry of Commerce and Industry issued a public statement warning real estate investors and developers from encroaching into plots that have been designated for the construction of the Lekki Free Trade Zone in the Ibeju-Lekki area. The statement which warned that ordinary Lagosians should be wary of fraudulent developers who connive with local land owners (Omoonile) to sell government acquired land, also gave a directive that findings should be made at all relevant government agencies before a land transaction is consummated in the Ibeju-Lekki axis.

In view of this recent warning, City People decided to speak with Barrister Mathew Ottah who is a renowned legal practitioner on Land matters and Title verification issues. Barrister Ottah has since conducted a research on Places to avoid when buying land in Lagos.  The list is non-exhaustive as we shall subsequently report on some other locations. But for now, here are 10 fraudulent places to stay away from when buying Land in Lagos and the reasons why they are will give whoever buys them problems in the future.

It is important to mention that generally you should be careful in buying land anywhere in Badagry as many of the land there are under Government acquisition for either tourism or other purposes. We advise that you don’t fall victim to Land scam artists selling land to unsuspecting people in the area. Just recently the Nigerian Police demolished over 500 houses in a place called ATHINPOROMO. Omooniles in

Omooniles in these community had sold police land to unsuspecting members of the public and the buildings were all eventually demolished when the police decided it was time to take over their land. Concerning the Oke Egan Area land in Ilogbo Eremi Badagry, the alleged owners are a well-known family in the area. The claim of the family is that they owners of the land from time immemorial and there has been no form of Government interference in that land ever since. They claim to own all that vast area of land and that it was free from any encumbrance.

The picture they paint to prospective buyers is that it was easy to just select a plot, pay and take possession. However, upon Investigation, it was discovered that the land not only falls within Ogun State it has been acquired by the Abia State Government for Agricultural Purposes. As a result, the recommendation of our resource person is that you should avoid buying any land in Oke EganArea of Ilogbo Eremi-Badagry that is claimed to be owned by the said family. The land has been acquired by the Abia State Government and it is not safe to buy it.

The general information on the land is that it is owned by a previous buyer who is trying to re-sell. According to our investigation, the Agent who claims to be representing the seller said the land belongs to his client and that the seller bought it from the Omoniles some years back but he intends to resell it now because he wants to travel.

Documents presented by the agent for the land is a Deed of Assignment from the Omoniles, a Survey Plan, Receipt and a copy of the Badore Gazette which they claim the land falls within. Upon Investigation, it was discovered that this land actually falls within the COOPERATIVE VILLA GOVERNMENT ALLOCATION SCHEME of the Lagos State Government.

The question you may want to ask is: How did they forge a Deed of Assignment and Survey Plan which claim the land falls under the Badore Excision only for investigations to reveal that it falls within the Cooperative Villa Government Scheme?  It is a case that will eventually boomerang in the future as those who have bought these lands from these fraudsters would never be able to perfect their documents. The bottom-line is, stay away from plots that are located off Unity Road by the Cooperative Villa in Badore-Ajah. Please ensure you do all your findings before buying anything there.

Recent findings on the land show that the supposed owners of the land (Omoonile) are so adamant that there is no encumbrance on it. They are quick to present a perimeter survey showing the particular large portion of land they intend to sell. Let’s make it clear here, most of the land in the areas falls under the Lagos State New Towns Development Authority NTDA ROYAL PALM SCHEME. So we would advise that you should be careful when buying a land in Badagry that isn’t verified.

The land is being claimed by a particular family that is well known in the community.  However a search on the land brought up a very funny result. Surprisingly, the land is been marketed by one of the prominent real estate developers looking to attract people to buy into their estates through an instalment plan. They have swanky fliers showing how the estate would look like and present perimeter survey of the land they bought from the Family.

They claim to have sold a lot of land to prospective buyers and that very soon they will commence physical development of the land. However, when the developer was asked to present the documents on the land, the explanation they gave for not having a strong document yet on the land is that they have applied for the Gazette and the Excision is under processing at the Land Registry in Alausa.

Our investigation, however, revealed that this land falls within the IBEJU Coastal City Residential Scheme of the Lagos State Government. You may be wondering how and why a real estate company would be deceiving people to buy land in a place where Government wants to build a full residential scheme that is as big as Jakande Estate or an Ikeja G.R.A. It is sad to know that some people have already bought plots in this area. So much trouble for them in the offing.

This is a strange case that required going back and forth on the investigation of the land. The sellers were confident that their land wasn’t under acquisition and they have duly applied for a Gazette which they were sure the Government would approve.

They easily and hastily present their Gazette file number to anyone who wanted to search. However upon investigation, it was discovered that they indeed do have a file number to process their Excision but a further search at the Surveyor General’s office showed that the land is under Government acquisition and the land falls within a government allocation zone.

The supposed owners of the land have now gone to do their own search based on our findings and have also confirmed that their gazette will not be processed and that it was just carrying file number for nothing. A very funny and unusual case you may want to say. Well our recommendation is that people should avoid buying land in the area until the community can get their case sorted out with the government.

The supposed owners of the land have a Survey Plan that they present to intending buyers. The plan shows the whole area in their name and also a receipt. However,after our investigation, it was discovered that the Land offered for sale in the Gbelero Street Area of Ikola in Ipaja falls within the Ipaja New Town Scheme of the Lagos State Government.

We are still surprised as to how desperate and dubious persons package land that are already acquired by government and earmarked for estate development for sale to unsuspecting members of the public. We strongly advise that you stay away from this particular land if you don’t want to lose your money in the future.

Agents to the supposed owner of this land are very forceful and quite desperate about ensuring that the land is sold. A number of person who have been approached to buy the land have complained about how desperately persuasive they are to sell the land. However, our investigation has shown that the Land falls within the Committed Mende Revocation. The bottom-line is the land is already committed for a particular use by the government anyone who buys it will be buying trouble in the future.

The sellers of the land happily claim ownership of the land; flaunting documents that show ownership of the land like the Badore Gazette, a Deed of Assignment obtained from the family and receipt showing full payment. One of the supposed land owner in this area recently told a prospective buyer that he was already processing the Governor’s consent. When asked to provide the file number of the Governor’s consent he became a bit agitated.

To cut the Long story short, findings on plots in the area have revealed that the Land falls within the 300 Hectares Lekki Government Acquisition in Badore. It is important for us to mention that buying land in Badore should come with some extra care and caution. Yes, there are a lot of beautiful houses in the area today but honestly most of the owners don’t have genuine documents and the reasons why they are not bothered is quite worrying to those that know that many areas in Badore-Ajah fall under government acquisition.

ALONG MONASTERY ROAD, SANGOTEDO IN LEKKI

Most of the land in this area are already in the secondary market and a private owner had tried to sell a land along the Famous Monastery road in Sangotedo which she says she bought from Omoniles years back and due to cash flow problems, she was desirous of reselling the land. The documents she presented for the land was a Jokotade C of O in Sangotedo, a Deed of Assignment and a Survey Plan.After a search on the land it was discovered that the land falls within Kings Court Mixed Development Scheme.

Although this does not look like an attempt to scam people as the owner had thought that shehad a good land to sell and was very furious when shefound out it was a bad land she purchased because she didn’t do any previous search. Like we have written several times, make sure you cross all the necessary due diligence before buying any land in Lagos.

This was a classic case of a cat and mouse game between the supposed owners of the land and the team of our resource person. Several efforts weremade to frustrate conducting a search on the land. To get a Survey of the land was a big battle, however, at the end of the search, it was discovered that the Land falls within the Proposed Cbd (CENTRAL BUSINESS DISTRICT) on the NTDA Base map of Ibeju-Lekki.

Honestly, how would anyone feel to discover in the future that whatever land that he or she has bought from Omooniles falls within a proposed Business district in Ibeju Lekki? Please we will like to reiterate again that no transaction on land should be consummated around Lagos without the necessary verifications.

ATIKU ABUBAKAR’s Past Revealed! Shocking Things You Never Knew About Him