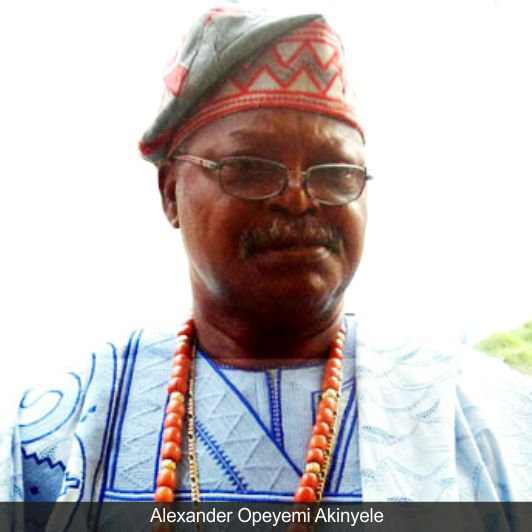 Nigeria’s former Minister of Information, Chief (Sir) Alexander Opeyemi Akinyele (JP), who marked his 80th birthday in April this year became a subject of controversy Saturday amid conflicting reports on his state of health.

Following a report that Chief Akinyele died at his country home in Ondo and a confirmation by a public relations practitioner, Doyinsola Ogunbiyi, who wrote on her Facebook wall “My PR Progenitor is Gone. Sir Alex Akinyele JP. @80. RIP”, the Ondo High Chief’s publicist, Mr Aliu Mohammed Olurotimi refuted the report.

He told The Crest in the early hours of Sunday: “I spoke to Baba on Friday night and he was as lively as he could be. Baba is alive and well. I do not know where the purveyor of the fake news got her information from.”