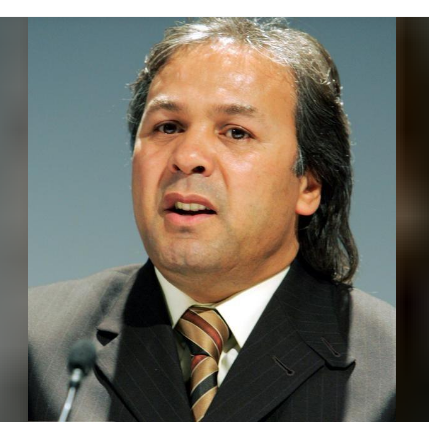 Algeria have appointed Former African Footballer of the Year Rabah Madjer as new coach after Spaniard Lucas Alcaraz was fired on Wednesday.
This was announced by the Algerian football federation to the media.
The 58-year-old returns for a third spell after being away from coaching for more than a decade, working instead as a television analyst.
He was in charge of Algeria from April 1994 to July the following year, and then again for nine matches from July 2001 to May 2002.
His last coaching job was in 2006 at Al Rayyan in Qatar.
As a player, Madjer won the European Cup in 1987 when his cheeky backheel helped FC Porto beat Bayern Munich.
He was crowned Africa’s best player for that year.
Alcaraz departs after failing to reverse Algeria’s fortunes in 2018 World Cup qualifiers, where they are without a win after five matches.