I was almost Raped by a woman – Actor Ik Ogbonna 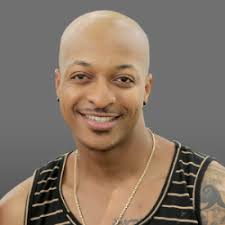 Nollywood actor, IK Ogbonna has revealed how he was almost raped by a woman claiming to be a fan.

The actor speaking to Sun said he wasn’t only almost raped by the said lady claiming to be a fan but also got blackmailed.

“A female fan almost raped me. It was crazy but the good thing for me is that I was at a friend’s place when she started making the moves, and I was recording everything she was doing.

“So, by the time she got to the point where she said she was going to shout and turn the tables around, I played back what she was doing and she had to slow down,” he revealed.

According to him, he has stopped getting personal with female fans since the incident.

“I think that was the craziest thing a female fan ever did to me.

“Since then, I stopped getting too personal with my fans. I won’t have them come visit me or see me at a friend’s place and all that kind of stuff. I created a barrier,” he added.

I was almost Raped by a woman – Actor Ik Ogbonna was last modified: March 12th, 2018 by Igbokwe John