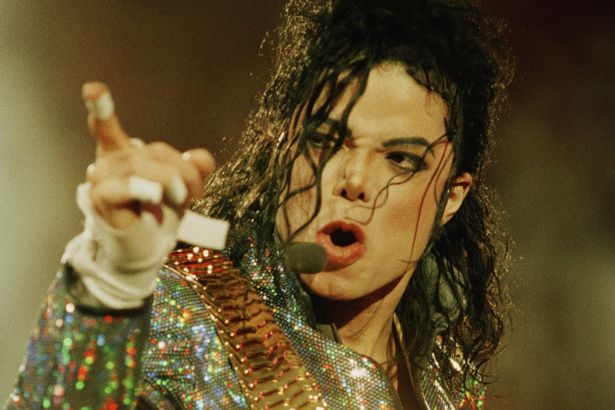 Michael Jackson may have died almost a whole decade ago – but that hasn’t stopped him from raking in the cash.

The King of Pop, whose name has resurfaced in the wake of new documentary film Leaving Neverland, is still putting his name to new products and earning royalties to the tune of £150million a year.

And Dan Reed, who directed the Leaving Neverland documentary – set to air on Channel 4 later this spring – believes it’s the thought of losing control of the purse strings that has seen the Jackson family furiously shooting down the claims made in the programme.

“Every time a song plays, a cash register goes ‘ker-ching’. It doesn’t surprise me that they’ve come out fighting in defence of their asset,”

At the height of his fame, Jackson was one of the biggest artists in the entire world, shifting 109 million copies of his Thriller album and 30 million of Bad.

But his estate – now worth an estimated $1billion – is nearly as powerful as it was back in the 1980s and 90s thanks to lucrative deals and contracts signed by its executors.

The estate was bankrupt at the time of Jackson’s death, with debts of $500million. But it earned $750million by selling off its 50% stake in his Sony/ATV record company to Sony, giving the music conglomerate sole ownership of the Beatles’ back catalogue and Bob Dylan’s work.

The documentary film Michael Jackson’s This Is It raked in another $300million at the box office – with Jackson’s family skimming off 87% of the total profits – and generated more than $200million in additional DVD sales, TV rights and overall box office earnings worldwide.

Jackson become the fifth richest dead celebrity in 2017 after Cirque du Soleil’s Michael Jackson: The Immortal Tour brought in $370million in sales, while the Michael Jackson: One show in Las Vegas nets a tasty $90million a year – with Jackson’s family taking 10% of all earnings.

Jackson’s mum Katherine, who is believed to be very ill, was left a 40% stake in Michael’s estate in his will.

She also served as guardian to his three children, and came to a legal agreement with their mother Debbie Rowe that she would continue to act as their guardian until they all came of age.

But questions have been raised about why Jackson is still earning a huge fortune after the new documentary aired complaints made by two of his alleged victims, Wade Robson and James Safechuck.

Wade has claimed on camera that Jackson frequently engaged him in sex acts when he was underage, while James alleges the singer groomed and molested him after they met on a Pepsi advertising shoot – and even taught him hand signals for when he wanted sex.

Wade previously testified for Jackson under oath at his 2005 child sexual abuse trial, in which he was acquitted of all charges.

And Michael’s brother Jermaine angrily denied the new claims against Michael on Good Morning Britain this week, telling Piers Morgan that Wade was only making the fresh allegations for money.

“What people don’t know is Wade changed his story, that he maintained before and after Michael’s death,” Jermaine said.

“He tried to go out and shoot a book deal, no publisher would touch him, he even sued the estate for £1.5billion, it was tossed out of court.

“He wanted to go out for the head choreography part for Cirque du Soleil, so what was left for him was to do a documentary. So he got in front of a camera with a bunch of people and spewed all this nonsense.”

Jermaine added: “I’m 1000 per cent sure [of Jackson’s innocence] because Michael was tried by a jury and he was acquitted on all this because there was real evidence, there was nothing there.

“Our family are tired, we’re very tired. Let this man rest, he did a lot for the world, let him rest.

“We lost Michael, we lost our father, we’re still mourning. We lost a lot, just leave us alone, leave him alone, let him rest. He deserves to rest.”