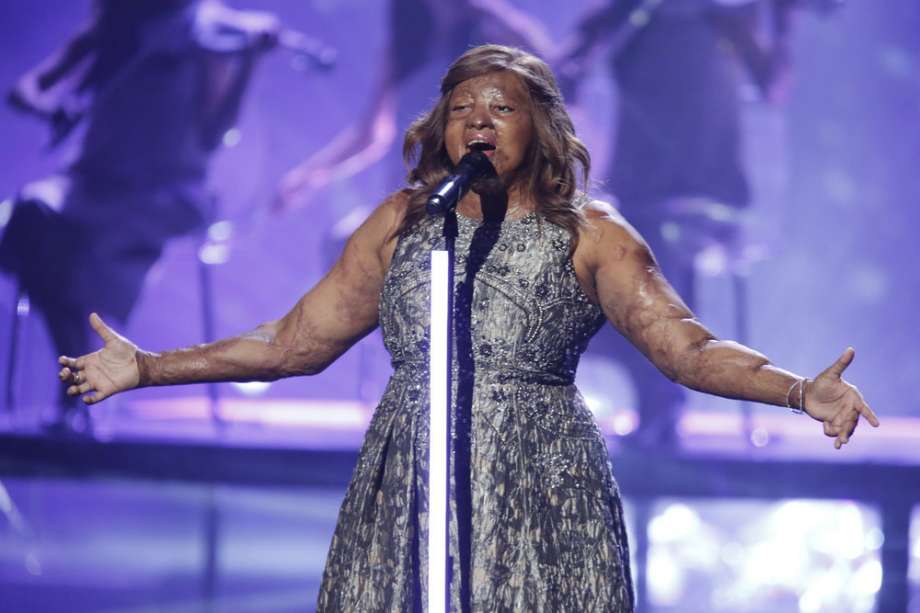 The saying that goes by saying if you got it, you have got it, that is either you have got the talent or not. That would be a classic example of Kechi Okwuchi.

Kechi Okwuchi is the Nigerian plane crash survivor, who wowed the audience and judges at ‘America’s Got Talent: The Champion’ and she got a Golden Buzzer from Simon Cowell.

Kechi took the stage in a beautiful sparkling dress and showcased her impressive talents during an emotional rendition of Calum Scott’s ‘You Are The Reason’. Her performance was so good that Simon Cowell gave her the Golden Buzzer to send her straight to the finals on this spin-off of AGT.

Before hitting the Golden Buzzer, Cowell said, ‘I’m going to be honest with you. I didn’t really like it that much.’ then he hit the buzzer, saying, ‘I actually loved it!’

Mandel added: ‘You are more than a champion … of talent, you are a champion of life.’

Kechi is one of the 2 passengers who survived the Sosoliso plane crash that took the lives of 107 people in December 2005.