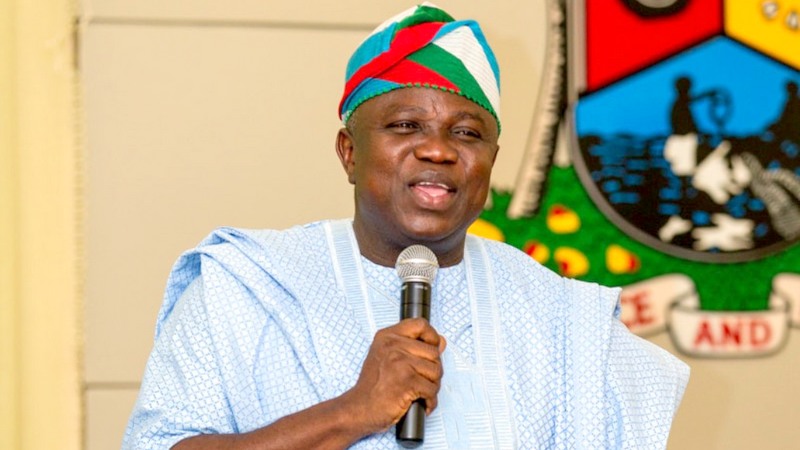 Governor Akinwunmi Ambode is set to take hard decisions in tackling the age-long problem of flood which has ravaged the financial nerve-centre of Nigeria, Lagos. Following the flood witnessed in most parts of Lagos last weekend, Gov. Ambode of Lagos in a statement released by the Commissioner for the Environment, Babatunde Adejare on Sunday, ordered owners of properties erected on drainage channels and impeding the free-flow of water to immediately vacate or risk being ejected.
Some of the areas where properties were erected on drainage channels include; Illubirin, Dolphin Estate, Osborne Foreshore Estate, Ikoyi, Osapa London, Ikota, Ogombo, Lekki, among others, as the Commissioner noted that the massive investment of public fund into drainage clearing and de-silting had been compromised by structures hindering the free-flow of water.
The Commissioner said, “it is now of paramount importance that owners of buildings or structures impeding the free-flow of storm water, wherever they exist in the State, are advised to voluntarily quit forthwith in the overriding public interest or risk being removed by the State Government as no responsible government will allow the interest of a few to jeopardise the wellness and wellbeing of the generality of its people.
“In view of the grievous consequences of compromising drainage right of way and alignment, Lagosians are hereby warned to henceforth refrain from this illegal act, report perpetrators and cooperate with the Lagos State Government in its bid to achieve a flood-free, clean and livable State.
“For the avoidance of doubt, Lagosians are once again reminded that the right of way for primary unlined (without concrete) channel is 25 meters and 15 meters for primary lined (with concrete) channel, while the right of way for secondary/connector channel is seven meters. The right of way for tertiary channel is three meters from the fence of the house.
“Primary channels such as canals are those emptying directly into the river, lagoons and other water bodies, while secondary/connector channels connect water from channels in the frontage of the house (tertiary channels) to the primary channel.”
Ambode Gives Quit Notice to Property Owners Blocking Drainage Channels in Lagos was last modified: July 24th, 2017 by Arinze Ago