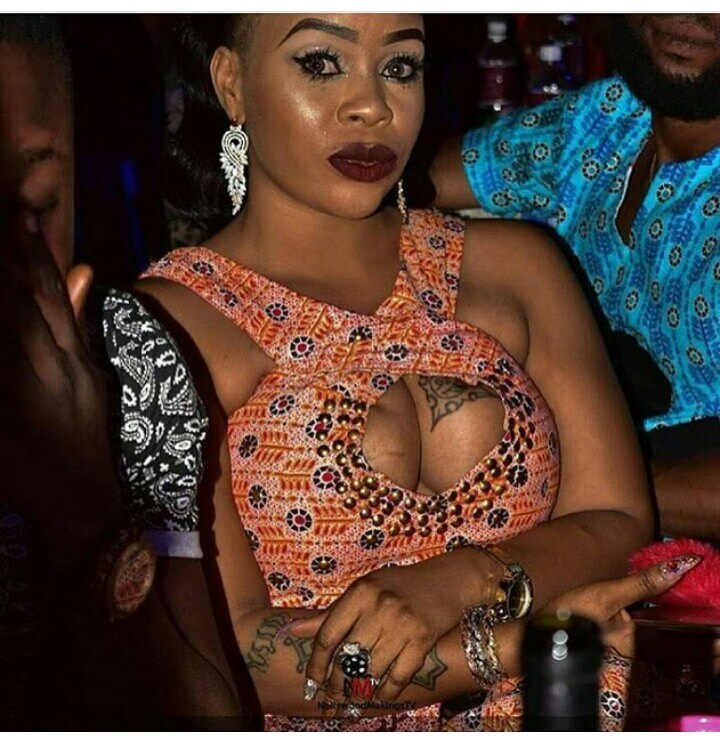 Fast Rising Yoruba actress, Yetunde Aderibigbe CEO Creamish has put behind herself and move on with the controversy trailing her after an ugly photo of hers leaked online, where her sagging and stretched marked breasts, bombarded with tattoos were put on display at a public function.

Yetunde is today June 2nd 2017 celebrating her birthday. In case you don’t really know her, the Ogun State-born diva, as it was earlier reported by Yorubamoviegist.com started acting in 2010 with a group called Nee own by Ayo Adesanya’s estranged husband, Omogoriola Hassan, located in surulere, Lagos.

Yetunde has featured in several notable movies like Olorun Loye, Osuwon, Janet, Omolola but the one that made her popular in the industry was titled Ohun Ti Mofe.

She has also produced a lot of movies and she is right now warming to storm location for the shooting of her yet another blockbuster titled Omo Jabezzi.

If you must know, Yetunde is a graduate from the Federal Polytechnic Offa,Kwara State in 2007 in Banking and Finance.

Don’t mind them jare babe, it is not easy to be original but next time try to package it well like others.

‘I love Moji Olaiya, even in death’, Foluke Daramola’s husband expresses on IG