Governor Ibikunle Amosun on Thursday, May 11, 2017, had a near death experience of the reckless driving by drivers of the Central Bank of Nigeria (CBN) bullion vans as a convoy of CBN bullion vans rammed into his convoy, escaping unscathed narrowly. 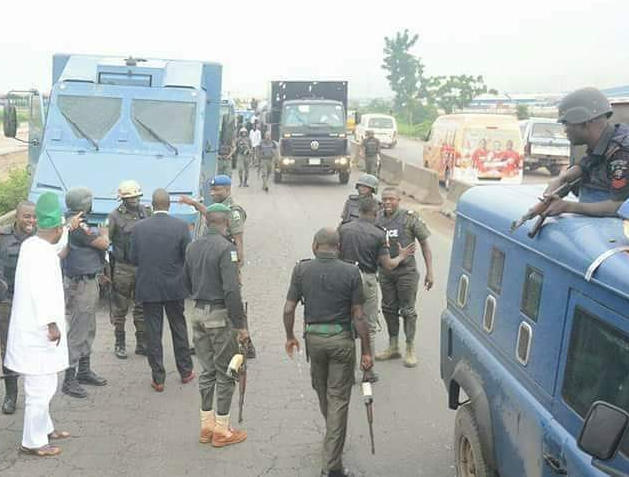 Amosun was said to be travelling to Lagos for an official assignment after receiving the Southern Governors Wives Forum earlier, when the incident occurred at the Ibafo (Ogun State) stretch of the Lagos – Ibadan expressway.

The CBN convoy damaged the escort vehicle in the governor’s convoy.

The Senior Special Assistant to the Governor,  Adejuwon Soyinka, who said Amosun escaped unhurt, added that the latest case was not the first time he would have unpleasant encounter with the CBN’s reckless bullion vans drivers.

“Governor Ibikunle Amosun, on Thursday, narrowly escaped unhurt when a convoy of bullion vans belonging to the Central Bank of Nigeria, CBN rammed into his convoy on the Lagos-Ibadan Expressway.

“The incident occurred around Ibafo, while the Governor was traveling to Lagos for an official assignment and the CBN convoy damaged the escort vehicle in the governor’s convoy.

“The CBN convoy, driving dangerously, attempted to overtake the governor’s convoy without regards for the safety of other road users. 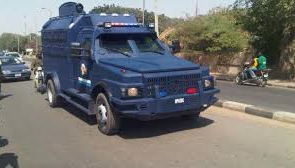 “On sensing danger, the Ogun Governor’s escort commander used a public address system mounted on his vehicle to warn the CBN convoy to desist from such reckless driving.

“Not only was the Governor’s escort commander ignored, the CBN convoy drivers went ahead to crush his vehicle and subsequently went after other vehicles in the Governor’s convoy, including the Governor’s official car, before they were brought to a halt by the security team attached to the Governor,” Adejuwon said.

According to him, the Thursday incident was not the first time the Governor would have cause to personally caution reckless CBN convoy drivers in Ogun State.

He said Amosun  had in the past personally turned back reckless CBN bullion van drivers who often drive against traffic with impunity on the Lagos-Ibadan expressway.

Also reacting, the Governor described it as “lawlessness and the height of impunity” on the part of CBN bullion vans drivers.

Amosun warned that such acts of impunity will not be tolerated again within the borders of Ogun State.

“If this could happen to a governor within his territory, you can imagine what they would do to our citizens who are simply going about their legitimate business

Amosun narrowly escapes death as CBN bullion vans ram into his convoy was last modified: May 12th, 2017 by Reporter