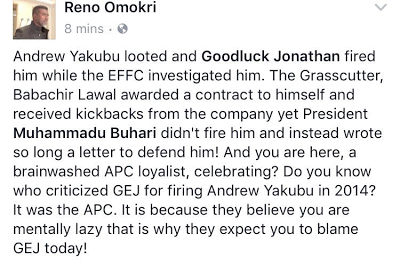 Andrew Yakubu looted and Goodluck Jonathan fired him while the EFFC investigated him. The Grasscutter, Babachir Lawal awarded a contract to himself and received kickbacks from the company yet President Muhammadu Buhari didn’t fire him and instead wrote so long a letter to defend him! And you are here, a brainwashed APC loyalist, celebrating? Do you know who criticized GEJ for firing Andrew Yakubu in 2014? It was the APC. It is because they believe you are mentally lazy that is why they expect you to blame GEJ today! 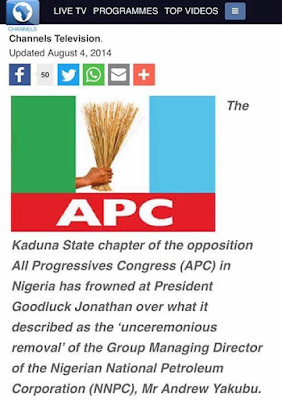