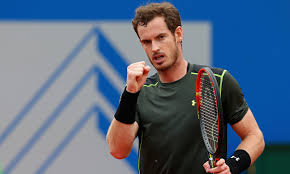 Former world number 1 Andy Murray has pulled out from Wimbledon which is set to takeoff on Monday.

31-year-old Murray who has won the grand slam twice shared the news on his Facebook.

He will be withdrawing from the tournament, he said, as him and his team feel it’s too soon to play best-of-5 set matches.

It is with a heavy heart that I’m announcing that I’ll be withdrawing from Wimbledon this year.

I’ve made significant progress in practice and matches over the last ten days, but after lengthy discussions with my team, we’ve decided that playing best of five set matches might be a bit too soon in the recovery process. We did everything we could to try to be ready in time.

I will start practising on the hard courts from tomorrow and continuing with my rehab and recovery and I’m looking forward to the US hardcourt season.

Thanks for all the messages of support and I’m excited to finally be back playing after so long out.

Wizkid and Tachno Inspired me while doing my new Album – Drake!