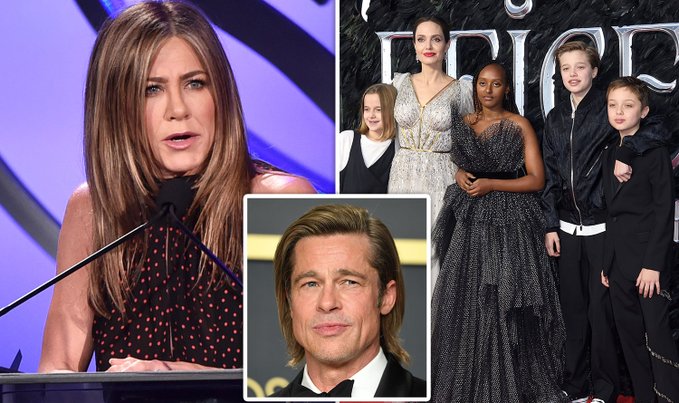 The ongoing custody battle between Brad Pitt and Angelina Jolie rumbles on and now Jennifer Aniston has become embroiled in it.

According to reports Angelina, 44, is furious that her ex husband has been spending time with 51 year old Jen.

Now, Ange is reported to have banned Brad letting Jen anywhere near her children with the actor.

Alleged sources close to the former couple told New Zealand magazine Woman’s Day about how the Mr. And Mrs. Smith actress is now asking for “sole custody” of their six children.

According to the Woman’s Day report, obtained by Celebrity Insider: “Angelina has privately demanded that Jen be banned from seeing her kids.
“And to add insult to injury, she has filed for a new child custody evaluation against Brad.

“It’s come as a huge shock to everyone — including the kids.”