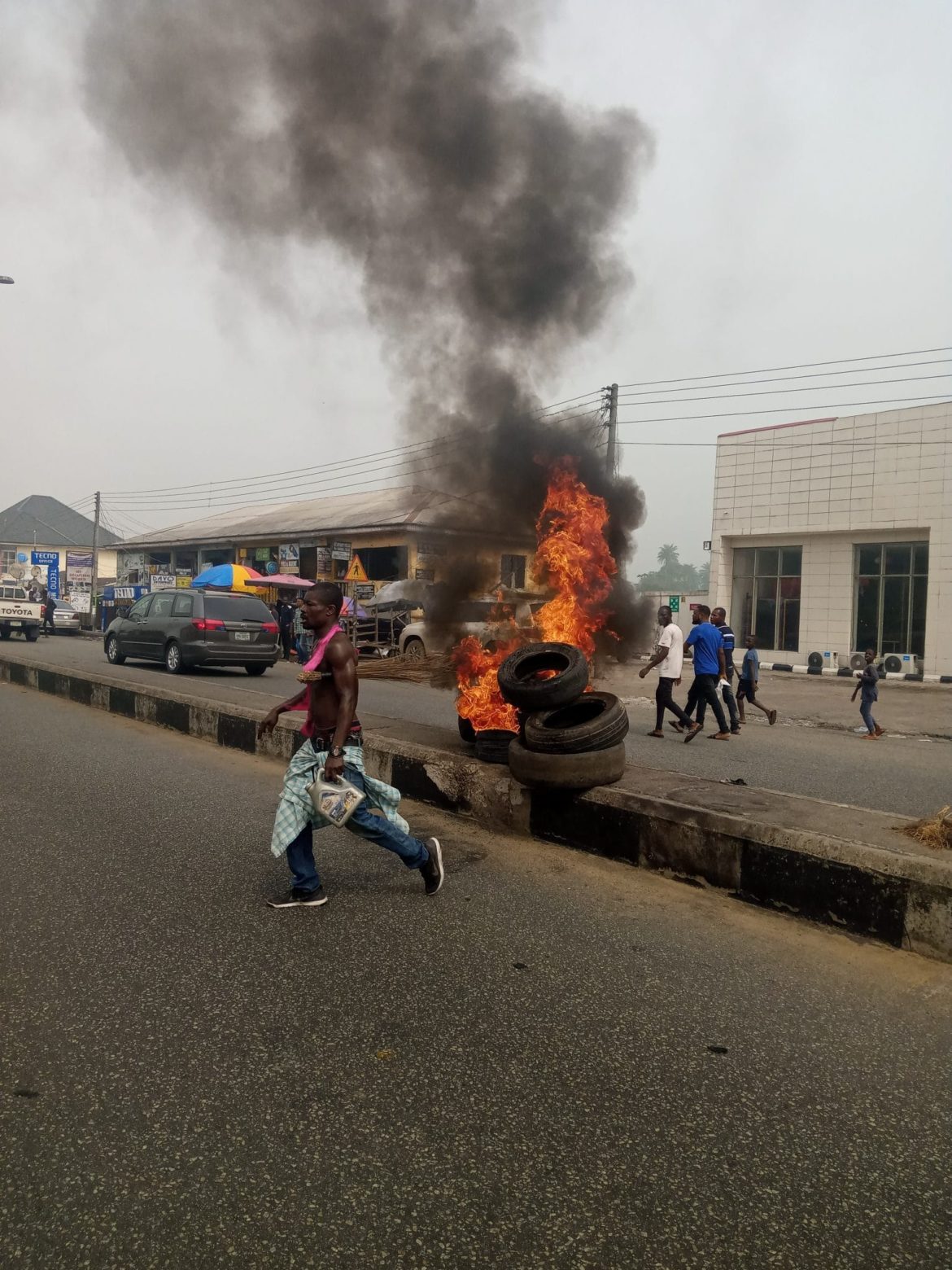 Angry mob suspected to be supporters of the All Progressives Congress (APC), have attacked the premises of the Bayelsa State Broadcasting Corporation damaging and looting valuables to protest the declaration of the candidate the Peoples Democratic Party (PDP), Senator Douye Diri, as the Governor-elect by the Independent National Electoral Commission (INEC).

Also attacked was the PDP secretariat in Yenagoa, and the Azaiki Library belonging to a PDP stalwart and member representing Yenagoa/Kolokuma/Opokuma Federal Constituency in the Federal House of Representatives, Prof. Steve Azaiki, was not spared in the attack.

Staff of the corporation who shared a boundary with the Ekeki Police Division situated along Azikoro Road were brutally beaten and several injuries inflicted on them.

Some of the items looted include computers, television sets, phones, microphones, music equipment and cash.

The protesters who took over the streets of Yenagoa shortly after Diri was declared as the Governor-elect, stormed his home along Imgbi Road, damaging properties within sight.