A married woman and her lover have been caught after they got stuck while having sex in a hotel ‘ Explor-Inn hetole Bar.resto’ in Kenya.

According to Ebals News, the duo who couldn’t control the pain in the embarrassing situation yelled out aloud, attracting neighbors who then brought them out to parade them in the streets. 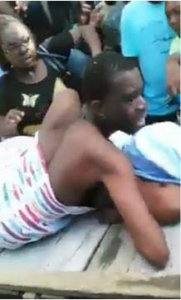 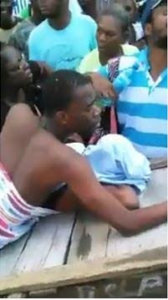 It’s believed that the woman’s husband who has been suspecting her, must have secretly charmed her, an act which is a common phenomenon in Kenya.

Another cheating duo got stuck while having sex are paraded in Kenya [WATCH] was last modified: March 30th, 2017 by Reporter