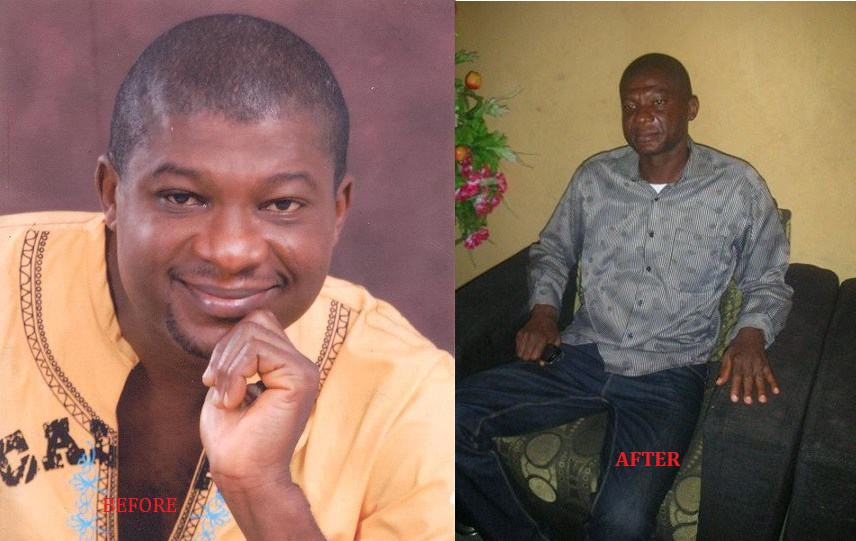 His close friend and colleague, Mac Collins Chidebe, broke the news on Saturday on Facebook.

According to Mac Collins, Bryan was riding in his friend’s car when he received a phone call from home about some happenings. Then he lost his cool.

Afterwards, the friend asked him to calm down but it was too late. He suddenly had stroke and began throwing up in his friend’s car.

He wrote, “A guy I have worked so closely with in almost 10 months. Suddenly he disappears from my life. Death, O death, why?

“He woke up this morning hale and hearty. He had breakfast at a friend’s and was on his way to the office.

“Praying fervently for him, our friend made a turn and drove on neck break speed to his house where he picked his wife and rushed him to the hospital where he was admitted but later referred to LASUTH in Ikeja.

“On getting to LASUTH, the wife was told the hospital could not admit him for lack of bed space. For almost five hours my buddy was hanging on to dear life without treatment. How callous can some medical personnel be! An emergency case was treated with so much nonchalance.

“So much grief, sorrow, and tears in his home. CBN left behind a young wife and 5 lovely kids. I pray God to give the family the fortitude to bear this irreparable loss.”

The late scriptwriter was diagnosed with chronic renal failure in July 2013 and underwent regular dialysis at Igando General Hospital, Lagos.

In June 2014, the deceased, president of the Scriptwriters Guild of Nigeria, had a successful kidney transplant after President Goodluck Jonathan donated N10 million for Bryan’s treatment abroad. The money was given to him through the AGN President, Ibinabo Fiberesima.

Some of his greatest movie projects include Magic Cap, A Million Madness and Polygamy.