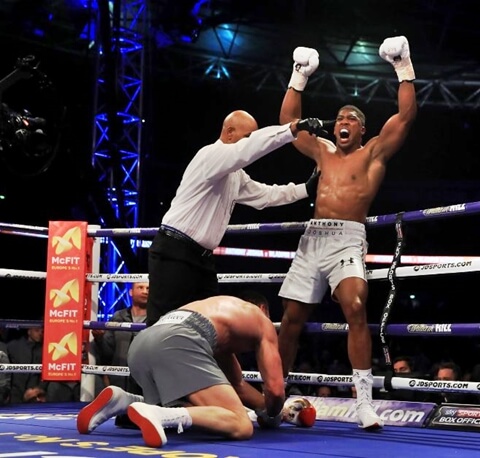 The unified heavyweight world champion, Anthony Joshua, will fight his next two bouts at Wembley Stadium.

Joshua and promoter Eddie Hearn are yet to confirm whether the 28-year-old will be facing Deontay Wilder or WBA mandatory challenger Alexander Povetkin next, but he will defend his IBF, WBA Super and WBO titles at Wembley next.

“I am returning to Wembley after two mega fights in Cardiff. I want to thank the supporters from Wales and Great Britain and also the people of London for patiently awaiting my return.

“Being north London born and raised, it is in my blood. The opportunity to fight in such an iconic stadium is normally a once-in-a-career opportunity, so to be given the chance to fight there again is amazing. Wembley just added a fourth lion to the den,” Joshua said.

Anthony Joshua’s next two fights to hold at Wembley was last modified: July 5th, 2018 by Reporter