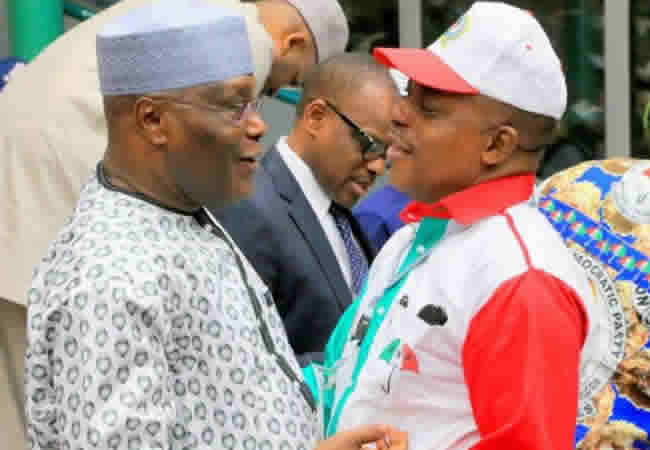 The national chairman of the Peoples Democratic Party (PDP), Uche Secondus has alleged that corrupt persons are joining forces to install President Muhammadu Buhari in 2019.

Speaking while inaugurating the party’s campaign council for the September 22 governorship election in Osun state, Secondus said the APC has made itself a safe haven for corrupt persons stressing that such persons are not only being granted relief but getting more protection.

The PDP leader said the worst form of corruption is rigging of election and buying of votes “which the APC is perpetuating in our polity”.

He said in Osun, the opposition party would not tolerate the “charade” that happened during the July governorship election in Ekiti state.

“Enough is enough, PDP will not tolerate Osun being rigged like Ekiti, we have a popular candidate and the performance of the APC ruling government has been awful with months of salaries owed to workers,” he said.

“We are aware that the electoral commission that is supposed to operate as an unbiased umpire in the conduct of elections has suddenly made itself a parastatal of the federal government, conniving with APC and security agencies to exchange results.

“Even security agencies whose allegiance should be to the constitution and people of Nigeria have allowed itself to behave as if they are operatives of the ruling APC.

“We decided to set up this high powered committee to demonstrate the importance we attach to this election, all our Presidential aspirants and some state governors are members plus all other critical stakeholders from the south-west and other parts of the country.”

In his remark, Senate President Bukola Saraki, who is the chairman of the 85-member committee, charged Buhari to stand on the commitment he made recently to two world leaders who visited the country.

Buhari had said he would conduct a free, fair and credible election.

Saraki said aside from the popularity of the PDP candidate in Osun state, the people are yearning for change to return their state to the PDP.

Ademola Adeleke, a serving senator, is the flagbearer of the PDP in the election.