APC Joins Forces With 20 Others To Tackle CUPP 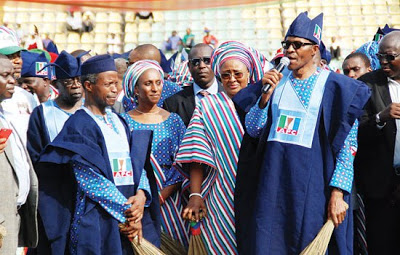 The chairman of the coalition, who is also the National chairman of PDM, Alhaji Bashir Yusuf Ibrahim, told reporters after hours of meeting at the Transcorp Hilton, Abuja that the coalition was made up of like-minded political parties who believe in Nigeria’s unity and stability

APC Joins Forces With 20 Others To Tackle CUPP was last modified: July 11th, 2018 by Reporter