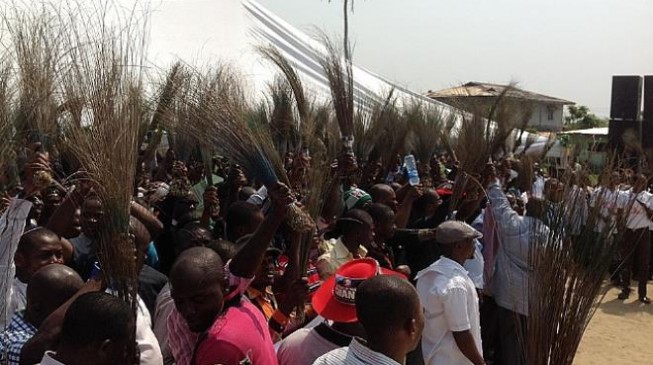 The National Working Committee (NWC) of the All Progressives Congress (APC) has sacked the Party executives in Zamfara State at all levels.

This was contained in a statement Friday night by the national publicity secretary, Yekini Nabena.

“By this decision all supposed Party factions in Zamfara State stands dissolved”, he said.

“The NWC-inaugurated committee for Zamfara State are to conduct the Governorship and Legislative primaries in the State.

“Hence, the Zamfara State Governor, H.E. Alh. Abdul’aziz Abubakar Yari and the dissolved executives in the state should not interfere in the primary elections in the State.

“The Governorship and legislative primaries will hold from Saturday, October 6, 2018 – Sunday, October 7, 2018,” he said

Afenifere tells delegates who to pick as party’s candidate