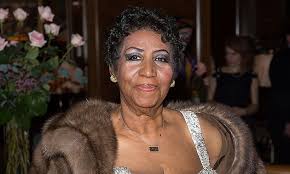 Aretha Franklin is ‘gravely ill’ with her family gathered around her saying their goodbyes, according to new reports this morning.

The Say A Little Prayer soul legend, 76, is said to be surrounded by her loved ones in Detroit, nine months after her last ever performance at the Elton John AIDS Foundation party in New York last November.

Branded the Queen of Soul for her groundbreaking voice, the iconic singer has battled a string of health problems in later years.

She was forced to deny she had pancreatic cancer in 2011 – later admitting to having had a tumour removed – and has previously struggled with alcoholism, obesity and a heavy smoking habit.

All three of Aretha’s brothers and sisters, including her manager Cecil Franklin, died of cancer in previous years.

Aretha was “miraculously” able to perform her last public show in August 2017 at Philadelphia’s Mann Center despite “fighting exhaustion and dehydration”.

Aretha was the subject of fake death rumours last November after a tweet from a fake account went viral.

Responding to the hoax later the same day, the 75-year-old legendary singer told Us Weekly in a statement: “I’m doing well generally, all test have come back good.”

She added: “I’ve lost a lot of weight due to side effects of medicine, it affects your weight … Thanxxxx for your concern.”

It came after Aretha cancelled a string of performances due to ill health, including some last summer.

She told a Detroit radio station back in February 2017: “I must tell you, I’m retiring this year.”

In more than five decades as a soul superstar, Aretha has won 18 Grammy awards, sold more than 75million records and sung at three presidential inaugurations – including Barack Obama’s in January 2009.

Franklin said she felt “exuberant” about her plans and at the time vowed tol continue to do “some select things, many one a month, for six months out of the year”.

Reflecting on her stellar life, she said: “I feel very, very enriched and satisfied with respect to where my career came from, and where it is now.

“I’ll be pretty much satisfied, but I’m not going to go anywhere and just sit down and do nothing. That wouldn’t be good either.”