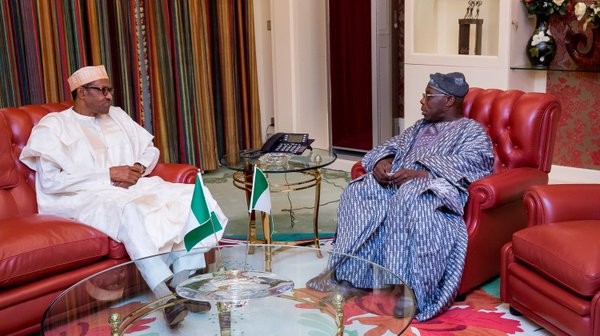 But the group in a statement signed by its National President, Alhaji Yerima Shettima, on Friday, slammed the ex president for the comment.

“For quite some time, former President Olusegun Obasanjo has turned himself into a self-appointed messiah in the efforts to define the political and democratic future of this country.

“And the result of this meddlesomeness by the former president has been disastrous for the country,” the group said.

AYCF said that it is disgusting that the former president is still bent on interfering with Nigeria’s leadership problems created by people like him.

The group said that it has noticed that the former president has made it a duty to lampoon President Buhari at every given opportunity, in a desperate bid to portray himself as Nigeria’s democratic superman.

“Much as we are equally disappointed in the underperformance of President Buhari, we are not blinded by the fact that Obasanjo has no moral high ground for his repeated attacks on Buhari.

“The current president may have his serious shortcomings but he is still morally a better leader than Obasanjo.

“We challenge Obasanjo to tell us any of the current political and economic difficulties confronting the nation that are not connected to his meddlesomeness and manipulations. Let him exonerate himself from the current mess facing the country, if at all he can.

“It will no longer be acceptable for any old cargo to decide the fate of over 160 million Nigerians. We have had enough of this domineering old men in the democratic space and we are now saying its over,” it noted.

AYCF urged Nigerians of good conscience to ignore Obasanjo’s rantings and face the reality of this defining moment in the history of the nation.

“We have warned, whoever has an ear, let him hear!” the statement concluded.