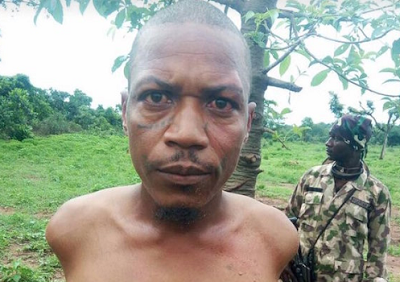 The Nigerian Army spokesperson, Sani Usman, on Thursday said troops from the army’s One Division in Kaduna State have apprehended the alleged leader of an armed banditry syndicate, Sani Ibrahim.

Speaking to Premium Times, Mr. Usman said the alleged bandit was shot in the leg before he was arrested. “The suspect was picked up on Wednesday when the troops cordoned armed bandits camp at Rijana forest,” he said.

According to Mr. Usman, the culprit had been on the wanted list of the security agencies in Kaduna State for a long time.

He stressed that due to the overwhelming resurgence of armed banditry and kidnappings along Abuja-Kaduna highway, the troops carried out clearance operation to dislodge the bandits at Rijana forest.

“One motorcycle and 25 goats were recovered from the camp,” he said.

“In a similar attack, troops mounted ambush on Zamfara border with Kebbi where they neutralized three armed bandits and recovered 134 cows and 13 sheep”.

He added that operations were still ongoing