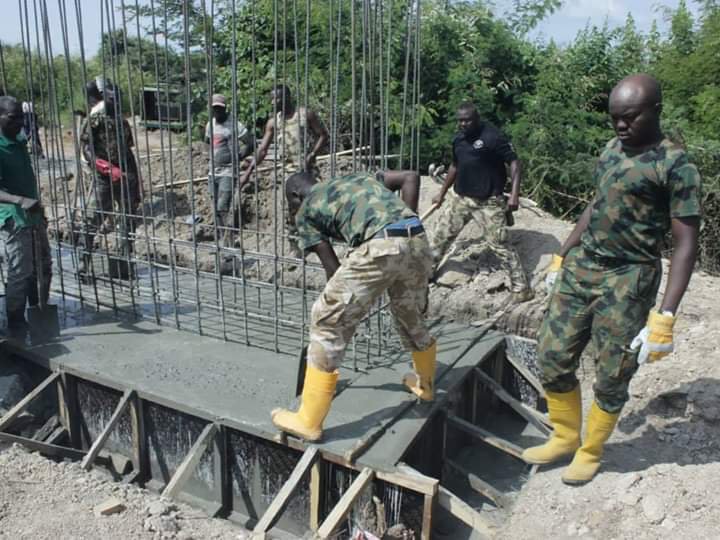 Men of the Nigerian army have reconstructed a collapsed bridge at the Abubakar Tafawa Balewa University (ATBU), Bauchi campus — about two months after it fell and killed four students.

In August, the metal pedestrian bridge, which linked a block of classrooms to the student’s hostel, had collapsed following a heavy downpour and killed the students while others were injured.

Following the heated protests against the school authorities for allegedly disregarding the bridge’s dilapidated state, which led to the tragedy, Muhammad Abdullazeez, ATBU vice-chancellor, had claimed that over 30 students were taking selfies on the bridge at the time of the collapse.

However, some soldiers, believed to be engineers, were recently spotted reconstructing the bridge in a project that was directly sponsored by the army.

Speaking on the development, Andee Iheme, ABTU director of public relations, said that the army was fulfilling its promise of building a standard bridge across the stream.

“The Nigerian Army is fulfilling its promise of building a standard bridge across the stream. Thank you our able and gallant soldiers for being true to your promise. You have indeed demonstrated that you are true Nigerians who are ready to give all in order to keep Nigeria moving forward,” he said.

The tragic incident, which occurred at about 11 pm on August 28, at the institution’s Gubi permanent campus, had prompted a temporary closure of school activities to honour the students who lost their lives.