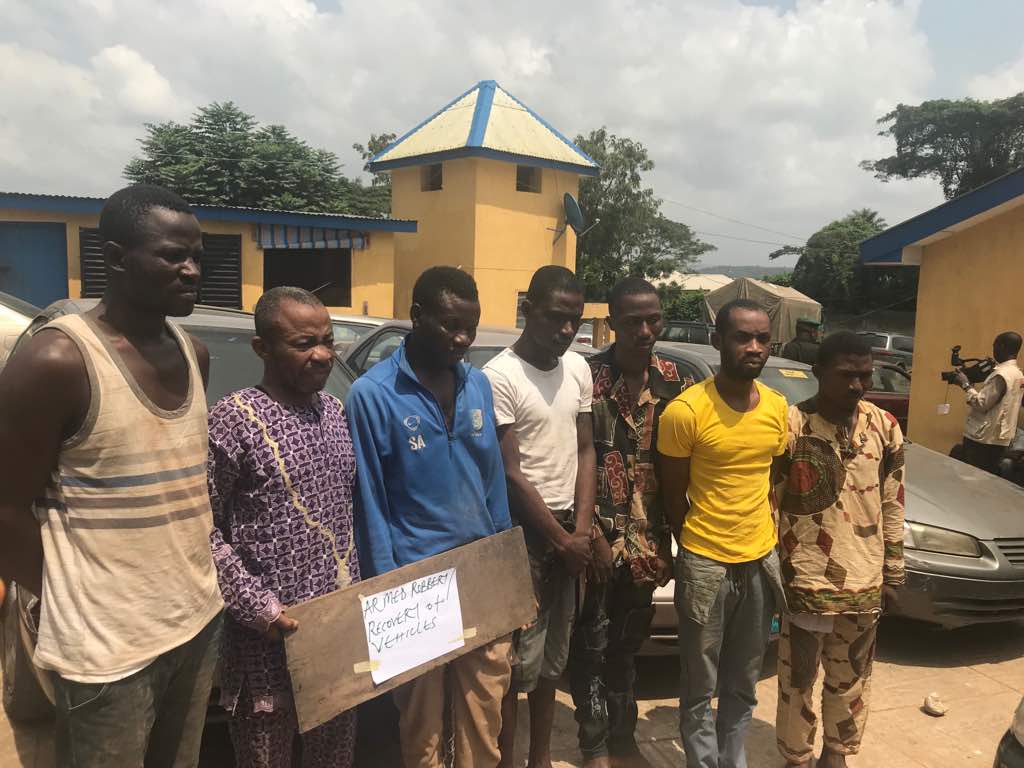 The zone 2 Command of the Nigeria Police Force through its zonal intervention squad have arrested seven suspects in connection with a case of robbery and stealing of vehicles from where parked.

The Zonal command had on 6th of October received an information that a syndicate of Suspected armed robbers snatched a Toyota Camry from Lagos, heading towards Sango Otta area of Ogun State. A team of ZIS operatives were detailed to track the suspects, in the process three suspects were apprehended. The suspects while under investigation confessed that they specialize in robbing unsuspecting citizens of their vehicles and also remove cars from where parked. They stated further that they majorly operates within Bariga, Oworonshoki and Shomolu area of Lagos with the help of a guard employed by the community. Their confession led to the arrest of four more suspects who specialize in buying the stolen vehicles . Total number of twenty six vehicles were recovered from the suspects.
The AIG In charge of Zone 2 command AIG Adamu Ibrahim while parading the suspects stated that the Zonal command will continue to do everything possible to end activities of hoodlums within the zone more so that the yuletide season is fast approaching. He implore everyone who has lost vehicle(s) in recent past to visit the Zonal command to cross check for possible recovery.
The suspects Joshua Tabiti, Moses Ofoke, Oluseye Arokoyo, Ahmed Alli, Folorunsho Ojowuro, Christopher Mmadike and Samuel Bolala will be arraigned in court at the conclusion of investigation.

ARREST OF ROBBERY SUSPECTS AND RECOVERY OF VEHICLES was last modified: October 26th, 2017 by Reporter