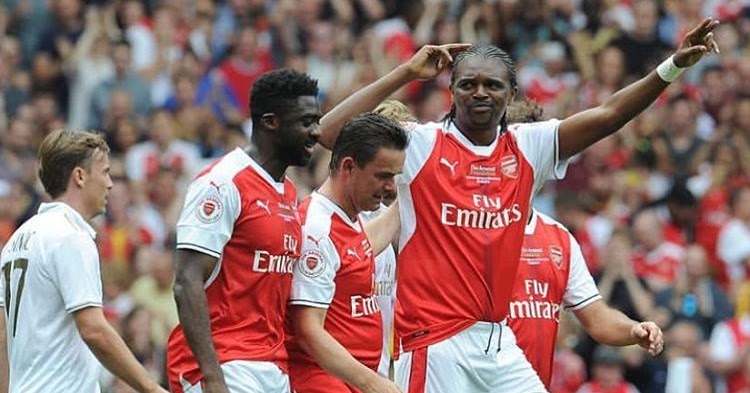 Former Super Eagles captain, Kanu Nwankwo has said Arsenal have a better chance this term to win the Premier League but they must keep Alexis Sanchez and Mesut Ozil to do so

Kanu who spent five years with the Gunners is still a strong fan of the North London club.

”It is important to keep your best players if you want to move forward – they are great players so why should they leave a great club?” Kanu told SunSport, referring to Mesut Ozil and Alexis Sanchez.

“The fans love them and Arsenal must do everything they can to keep them.”

The former Inter Milan and Ajax star is also worried that Arsenal are struggling to win against modest opposition.

He added: “My advice to Arsenal would be to be able to really see off teams. If they are one goal up, they have to make sure they finish the game strongly and not let other teams back into the game.

“I believe they are getting a team now that can win ugly, play bad and still get three points – it’s not all about winning 5-0.

“The more points they can grind out, the more they do that, the more chance I believe they have to finally win the league and catch Chelsea.

“Every club has weaknesses, Arsenal has been there before and this time they have a better chance as long as they do not lose focus in each game.”