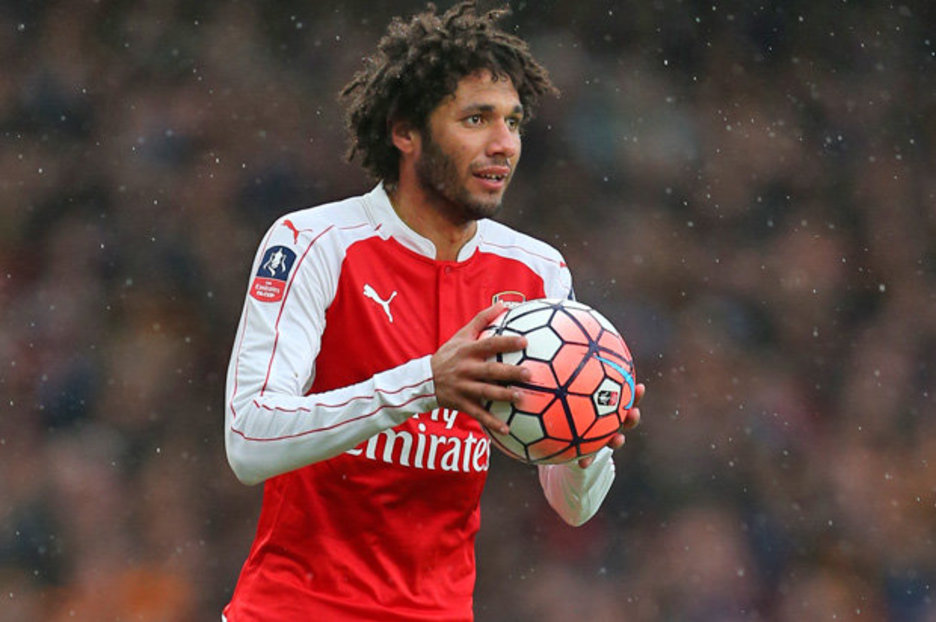 Mohamed Elneny is confident that Arsenal still have an opportunity to win the 2017-18 English Premier League title.

Arsene Wenger’s men are placed sixth in the league table with 45 points from 26 games so far.

League leaders, Manchester City – on 69 points from the same amount of games – are a massive 24 points ahead of the north London outfit.
However, unfazed by the huge gap, the 25-year-old is optimistic that they can challenge Pep Guardiola’s side for league glory.

“There’s nothing impossible in the English Premier League, we still have our chance to compete for the title, we have to fight till the end, many surprises can occur at any point,” Elneny told beINSports.

“If we fail to compete for the title this season, we have to prepare for the next season, but currently we are only thinking about finishing as high as possible in the league.”

Elneny who arrived Arsenal from Basel in January 2016, is pleased with his versatility in Arsene Wenger’s squad having being used in defence and midfield.
“Arsene Wenger is a great manager and has made a great name in football, everyone at Arsenal know his importance to the club,” he continued.

“Sometimes Wenger starts me in midfield and other times I play as a defender, I’m proud I can adapt quickly and carry out my manager’s instructions.”

Arsenal are five points adrift of the top four and will visit fifth-placed Tottenham Hotspur for Saturday’s league fixture at the Wembley Stadium.