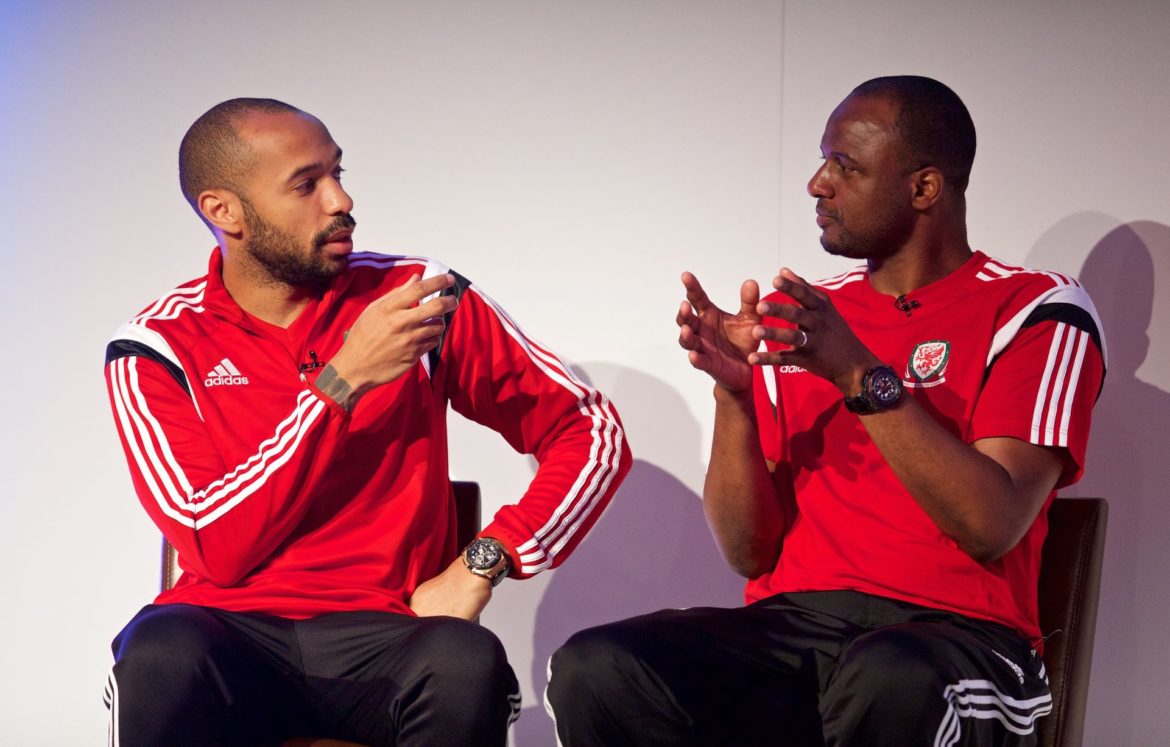 Monaco manager Thierry Henry says he will not like Nice boss Patrick Vieira “for a little bit” when the ex-Arsenal and France team-mates meet for the first time in their managerial careers.

The pair face each other in Wednesday’s Ligue 1 game, after the fixture was postponed for security measures amid anti-government protests in France.

“He is a friend of mine and he is a guy that I admire,” said Henry.

“Not only for the player but also for the man, and the game will not change that.

“But it is Monaco versus Nice which is the most important thing, and for a little bit, we are not going to like each other.”

Having won the 1998 World Cup together for France, Henry and Vieira went on to secure five major trophies in the same team at Arsenal.

Vieira was a combative central midfielder who captained the side and Henry – the Gunners’ all-time top goalscorer with 228 – provided class and elegance up front.

The duo built a lasting legacy at the club, in a period in which they delivered two Premier League titles and three FA Cup trophies at Highbury, while Vieira also played a pivotal role in Wenger’s first league and cup double in 1998.