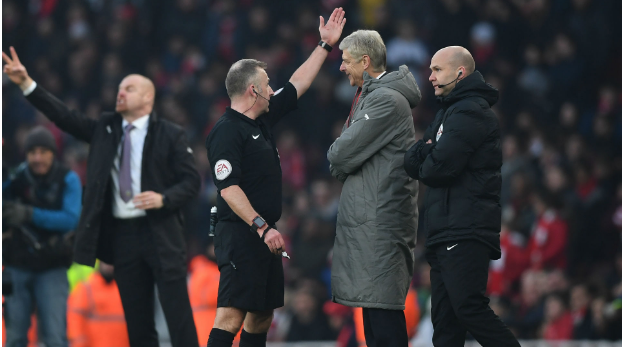 Arsene Wenger’s trickery and stubbornness makes him a Nigerian politician at heart.

Arsene Wenger masterminded Arsenal’s third FA Cup title in four seasons with the 1-0 victory over Chelsea on May 27, 2017

Frowns of frustration were etched on the faces of many Arsenal fans on Wednesday, May 31, 2017.

It was the day that the North London club announced that the Dictator-General of the Gunner Gang, Arsene Wenger had extended his contract by two years.

For the #WengerOut faction of  Gunners, the thought of having to endure two more seasons of Wenger’s leadership is unbearable. The reason why there is much discontentment within their ranks is that Arsene Wenger has continued to compete with the best in Europe.

There’s no getting rid of Arsene Wenger, @piersmorgan

Yes, he has won three FA Cup titles in four seasons but this does not cover the huge cracks in the Arsenal team. The truth is that for a team as big as Arsenal they have continued to underachieve.

In the 2015/2016 season, Louis Van Gaal was sacked by Manchester United despite winning the FA Cup. His boring style of football and failure to qualify for the Champions League cost him his job. Despite winning the Copa Del Rey, Luis Enrique was shown the door at Barcelona.

Arsenal has been mediocre over the years. Arsene Wenger’s refusal to go shows he is okay with this level of mediocrity. Simply put Arsene Wenger is a Nigerian, a Nigerian politician.

Barcelona’s coach Luis Enrique looks on during a press conference at the Sports Center FC Barcelona Joan Gamper in Sant Joan Despi, near Barcelona on April 22, 2017

There are aspects of Arsene Wenger’s behaviour that are eerily similar to that of an average Nigerian politician. He is stubborn and refuses to bow out when he knows he has underperformed.

Just as a politician- governor, senator, local government chairman, or even President, Arsene Wenger extends his tenure. He doesn’t care for the discontentment coming from his base of supporters. He rules with an iron fist and the board of directors can’t hold him accountable.  Does this sound familiar?

Nigerian politicians build bridges, and construct roads but do not improve the life of the masses. Arsene Wenger helped Arsenal build a new stadium but it is far from a fortress where the club’s fans can watch their beloved team beat Europe’s finest.

Arsene Wenger is Naija true and true. He uses vague words to confuse the press and public. Over the years he has mastered the art of saying nothing when he speaks. The French boss of Arsenal would fit well in Nigeria’s political scene.