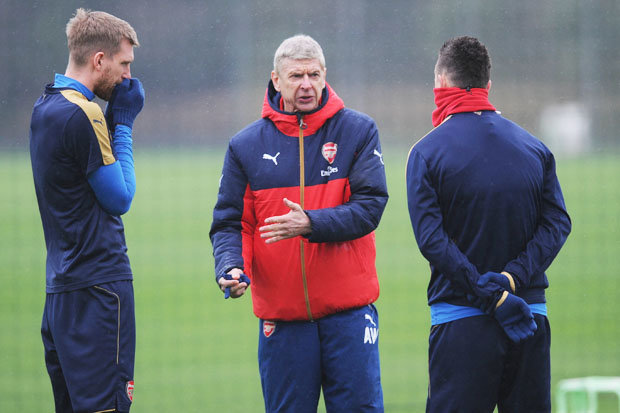 Arsenal captain, Laurent Koscielny has said that the Emirates sponsored men got their team selection wrong against Chelsea last Saturday.

“We played some players in front of others”, he retorted.

The Gunners entered a crucial London derby on Saturday knowing that victory would help them to close on the table-topping Blues and potentially open up the Premier League title race.

They were, however, to put in a disjointed display as they suffered a 3-1 defeat at Stamford Bridge.

The Arsenal boss has faced criticism once again on the back of a sorry showing in west London and Koscielny hinted that bad decisions were made by both the coaching and playing staff in the Gunners’ latest setback.

“I think we played some players in front of others and I think we should have played more as a team and there was space to do so,” Koscielny told the Mirror.  “They hit us on the counter.”

Arsene Wenger’s side are now 12 points adrift of Chelsea, with Antonio Conte’s team nine clear at the summit, and calls for Wenger to leave at the end of the season are growing in intensity

The top-flight crown would now appear to be beyond Arsenal, with their 13-year wait for domestic dominance set to be extended.

Koscielny admits as much, with improvement required to ensure that the club do not slip out of the top four – with Liverpool and Manchester United within touching distance just outside the Champions League spots.

“’It will be difficult now,” added the Frenchman.“Mathematically, nothing is done but we know that it is going to be very complicated.

“Mathematically, nothing is done but we know that it is going to be very complicated.

“We need to come back to the quality of our game, our passing, movement.”