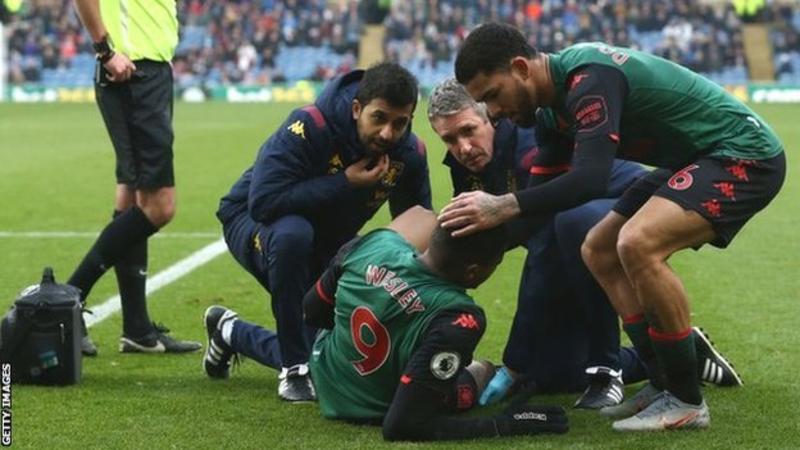 Aston Villa fear record signing Wesley will miss the rest of the season with a knee injury picked up in Wednesday’s 2-1 Premier League win at Burnley.

The striker, 23, scored the opener at Turf Moor but was hurt in a tackle with Clarets’ defender Ben Mee.

He had lengthy treatment before leaving the pitch in the 71st minute.

Wesley will have scans on Thursday but club officials think it is likely the Brazilian, signed from Club Bruges in June, has cruciate ligament damage.

Meanwhile, Villa goalkeeper Tom Heaton will also have scans on Thursday to find out the extent of an injury he suffered against Burnley.

The 33-year-old Englishman was taken off on a stretcher after appearing to jar his knee while attempting to save Chris Wood’s header in the second half.

Heaton has missed just one of Villa’s 21 league games this season, while Wesley has started them all, scoring five goals and assisting one.

His goal in the 27th minute on Wednesday was his first in 13 league appearances, having previously scored four in six matches.

Aston Villa are 17th in the Premier League table, one place and one point above the relegation places.

READ ALSO: HOW NIGERIA FARED IN THE RUGBY WORLD IN 2019 – COACH NTIENSE WILLIAMS