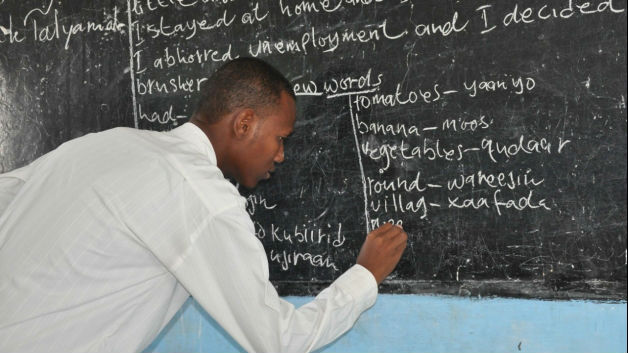 The Academic Staff Union of Secondary Schools, ASUSS, has thrown its weight behind the agitation for extension of the retirement age of Nigerian teachers from 60 to 65 years. Teacher The union insisted that the extension was long overdue stressing that available records indicated that the retirement age of teachers in most countries of the world including Africa was between 65 and 70 years and Nigeria should not be different.

National President of ASUSS, Comrade Amaji Samuel who made the position known Wednedday in Makurdi, said battle to actualize the extension had been on for a fairly long time. Police take over Ekiti school over murder of student.

He said,”It never saw the light of the day until recently when through the help of God and a member of the House of Representatives, Mr. Segun Adekoya, from Ogun state who single handedly sponsored a bill to that effect. “Today we have the joy to let the world know that the bill has gone through the first and second reading and recently we had to go for the public hearing.

And at that hearing, its was like everyone’s bill because all those who spoke felt that we have been cheated for too long.

“We have also discovered that this would have a monumental impact in the development of teaching and learning at this level in Nigeria. It will surprise you to know that some teachers joined the service at the age of 20 and at 55 they are out of services where experience counts so much.

“It is also going to regulate massive outflow of people from teaching, especially at the secondary level, to the tertiary institutions and other departments in the civil service because civil service rules covers all of us.