Home News At 87, There Is No Slowing Down For Nigeria’s 1st Lady SAN
News 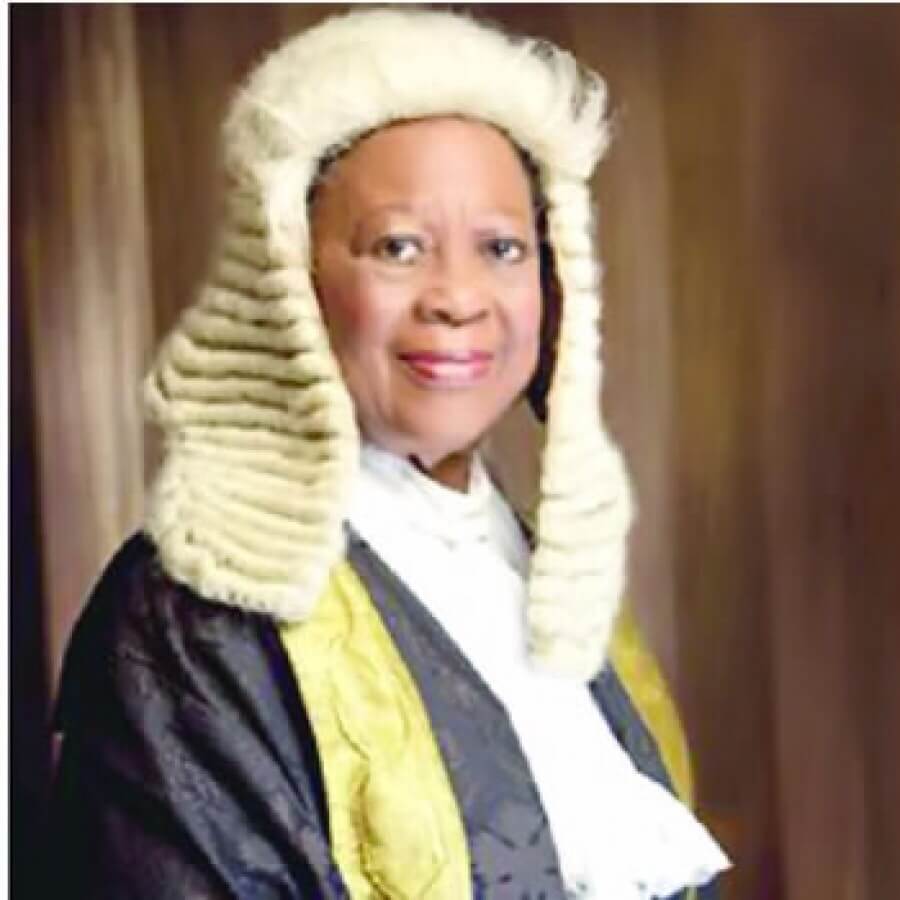 Within the legal profession her name is big. She is one of the accomplished lawyers in the profession. She has been practicing Law since 1963.  But Chief (Dr) Mrs. Folake Solanke is quite modest about her accomplishments in life and career. She is humble to a fault. Though she is hugely successful, she is a very modest woman.

She turned 87 last Friday 29th March 2019, but she does not look it at all. She still looks refreshingly young. She is fit and agile. She is also smart too. She does not need reading glasses to read. Her skin is fresh and tender. And she has remained her prim and proper self. She is English in her way of life.

That is understandable. She studied abroad for years, especially in her formative years. She is an epitome of what you can describe as a lady. Call her a lady of substance and you won’t be wrong.

“Lawyers see her as an incon of cerebral dexterity and uncompromising honesty in the legal profession. And her chamber is noted for decency”, remarked the Hon. Justice E.O Fakayode, a former Chief Judge of the High Court of Oyo State.

And her very many firsts has earned many appellations and aliases. Some call her Queen Of The Bar. Others call her lady SAN, Lady Silk and many more.

She schooled in London. She studied Law and she was one of the earliest female lawyers. She was also the 1st female SAN in Nigeria. She was given that honour in 1981. She has been practising law for decades. She is famously called Lady SAN. Though from Ikorodu, she has lived all her life in Ibadan. Though, she never went into Politics, she has served in public service. She was once a Commissioner in Western Nigeria.

She is the daughter of late Chief J.S. Odulate, the founder of Alabukun Powder. Her elder sister is Chief (Mrs.) Stella Odesanya (MFR) who turned 96 a few months back. She is a very disciplined woman, blessed with impeccable manners. She is prim and proper. She lives a regimented life. She has a specific time she sleeps. She has a specific time she wakes up. She eats healthily. She does not take nonsense. She does not suffer fools gladly. She is always fair in her dealings with people. She is a widow. Her husband Prof. Solanke died a few years ago. She is content with life. She is content with her modest successes. She is decent. She has continued to live in the same house she and her husband has lived in for decades. Its an old house in an exclusive part of Ibadan. Its in a GRA.

She will always tell you that what shaped her is the kind of principled upbringing, she had as a kid growing up. Her impressive story is contained in her autobiography which she has updated over the years. The story of her late dad and his remarkable life of inventions occupy a large chunk of the book.

In its 15th March 1981 edition of Daily Times gave her the title Lady SAN.

This appellation was 1st used to refer to her in the caption under a photograph taken by Cornelius Oyemade the ace society photographer. Since then, 1st Lady SAN has become her 2nd name.

She is a lady of many 1st she was the first female SAN. She is an accomplished lady, She was the list Lady to attain the rank of SAN. She was also the first female ever, to occupy a cabinet position as a state Commissioner in the old Western State of Nigeria in 1972 in the cabinet of Brig Gen. Oluwole Rotimi (rtd). She left in 1974. She was also the 1st woman to lead ZONTA International.

In the course of her Law practice, she has handled hundreds of cases both Civil & Criminal at all levels of court.

She schooled in Abeokuta and Methodist Girls High School Lagos. Her university education was in England.

Many do not know that her 1st career was Teaching. She taught at Yejide Girls Grammar School, Ibadan. She taught Latin & Mathematics.

She was a junior in Late Chief FRA Williams, QC Law office in Ibadan from 1963 to 64. She was the 1st Junior to work in Chiefs office. She left Rotimi Williams Chambers at the end of 1965 to set up her own Law Chamber, she established her Alabukun Law Chambers in May 1966 in Ibadan. As at that time there was no law office being solely run by a female Lawyer in Ibadan.

She started practicing law in 1963. On 15th March 1981, she was elevated to the rank of SAN. She was the only woman. The rank of SAN is the apex for a practicing Lawyer. She was the first woman to wear silk and sit in the Inner Bar of the Supreme Court. She remained the only female SAN for more than 8years. In 1989 another female lawyer Chief (Mrs) P.C. Ajayi-Obe was compered with the prestigious rank.

All her seniors have had good things to say about her. Hon. Justice Kayode Eso commended her diction, style and command of English in his book. The Mystery Gunman.

Hon. Justice Thompson also in his book Reminiscences at the Bar also commended her when he wrote, “she possesses the genius and pulchritude of Cleopatra.”

Over the years she says she has continued to enjoy advocacy. “I love advocacy and the cuts and thrust of the courtroom adversarial contest, “ she wrote in her autobiography.

At 87, There Is No Slowing Down For Nigeria’s 1st Lady SAN was last modified: April 1st, 2019 by City People