Home News At the end of the day, you’re just one person! – Tola Adeniyi
News

At the end of the day, you’re just one person! – Tola Adeniyi 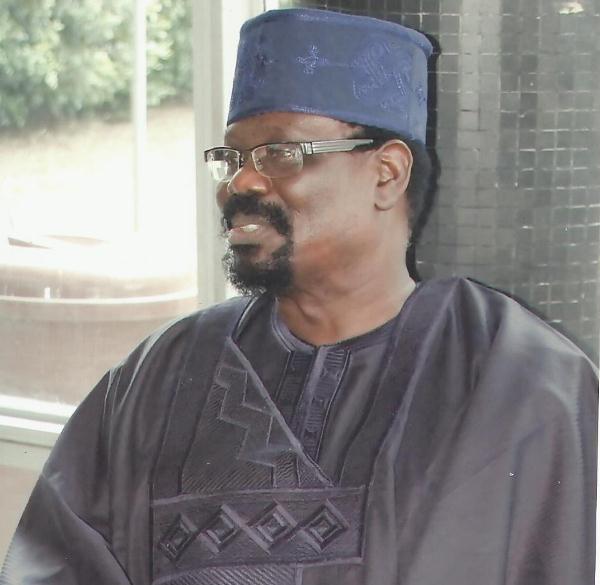 Has it ever occurred to you that you are after all just one person? As the great humorist and philanthropist extra-ordinary MKO Abiola used to say: “No one is a ‘four-man” [foreman]. “It is sheer flattery to call a man ‘four man’” he used to quip.

And really and truly, no one is ever more than one.

People who hold offices and find themselves surrounded by retinue of servants and hangers-on get so carried away that they hardly ever have time to reflect on their positions in life. When a man gets down from his car and about a dozen people jostle to carry his handbag, he thinks that he is greater than the rest of the world put together. He gets so swollen headed and gets himself puffed up like a balloon. In that circumstance, he imagines himself to be more than what he really is: one person!

This piece has become necessary in view of the nauseating display of opulence by the privileged few in the society, who believe, wrongly though, that life is a straight line and there would never be fluctuations in their life situation.

People elected into offices or appointed into positions get so carried away that in their daily dealings with their subordinates they exhibit an air of ‘I know it all’. In discussions on any subject under the sun, they parade themselves as if they are masters of all disciplines. A governor, who was a school drop-out a few years back, would be talking about aviation as if he was professor of aeronautical engineering.

A governor would be talking down members of his cabinet which may include professors and Senior Advocates as if he was an authority on electricity, engineering, medicine, hydro-dynamics and even molecular science. At that point in time, the governor sees himself as a compound of all those disciplines. He no longer sees himself as one person limited by the natural matter of being just a human being. One person!

Traditional rulers who see themselves as representatives of Deities on earth really behave as if they are individually more than just one individual. No single person is 2 persons whatever the enormity and scope of the powers possessed by that individual. The case of traditional rulers is very peculiar in the sense that but for a serious misdemeanour, a King knows that he may hold his inherited position for life. And because he is blind to a consideration that his exalted position may change, he continues to behave as if he is more than one person. In fact, because he is addressed in the third person, he himself is deluded to the extent that he uses the plural noun or pronoun for himself. In speeches he talks of himself as ‘We’.

I believe it is important for every mortal to carry out the following simple exercise every morning: Go into your bathroom and strip yourself naked. Look around you. What do you see? If there is a giant mirror in your bathroom, for those who worship vanity, look at every anatomical detail in your physique. Look at your belly. Look at your buttocks. Look at your legs that are either swollen or are like the legs of mosquito. Look at the structure of those legs. Now you know you are alone with your two eyes and two lobes of ears. See how lonesome you are. See how much alone you are. In that moment, you are stripped of power and importance. You are just a lump of flesh mounted on a collection of bones architecturally put together by the Almighty Supreme Intelligence. It is just you. The lone you. Let your mind quickly race through what you have done in the last 24 hours and what you intend to do in the next 24 hours. Remember how you came into the world stark naked. Remember how you are pulled out of the womb or got pushed out by your mother’s powerful breath. What do you see?

At the end of the day, that is all you are. One person in his natural ordinariness.

Nothing brings forth the reality of just being one person than the situation a 4-star General in the Military finds himself when he is retired or retires from active service. A once dreaded, heavily moustached fire-spitting top Military officer is now a powerless individual queuing up in the bank or at a gas station like every other common individual. At the time he was in service, he saw himself as a battalion. In fact if he was a General Officer commanding a Division, he might equate his power and his person to the entire officers and men of the Division.

It was like the situation of some Emperors of old who considered themselves to be the State. To them, they were the State, and the State was them.

But this was a false and self-serving idea. And by the time such Emperors crashed, it was too late for them to come to terms with the reality of their absurdity. Either they got their heads chopped off or got seriously disgraced and humiliated as they were cut to size.

There is eternal wisdom and attendant joy in realising that we are actually not more than what Nature meant us to be. Power, position, influence and affluence are mere decorations to the body. They are all temporary acquisitions that are not skin deep. They do not make a person to grow into two persons, left alone to make him feel that he is bigger than a whole city, community or country.

All those parading the corridors of power and those who actually occupy the bed-room of power should bear in mind at all times that the power they hold and wield is a mere gown which can be removed from their bodies by the same process that put the garment on them. And when the garment is removed, it is the naked lonesome man in the bathroom that you are.

This reality may even be made more pungent when you pay a visit to the mortuary. It is in the mortuary that you are confronted with the sight of great men and women of yesterday being tossed up and down in the frozen cubicles they are confined to in their lockers. Alone. Dead alone.

Now, ‘the breath of life’ is still going in and out of your nostrils. You think you are god. You think the whole world is at your feet. And you behave as if you are a million persons rolled into one.

When power leaves you, and position relocates to the man next door, you will discover to your chagrin that the multitude milling round you, and which made you think that you were more than what you were, would disappear.

What did you see? One man or ‘four man’?

At the end of the day, you’re just one person! – Tola Adeniyi was last modified: October 10th, 2020 by Reporter