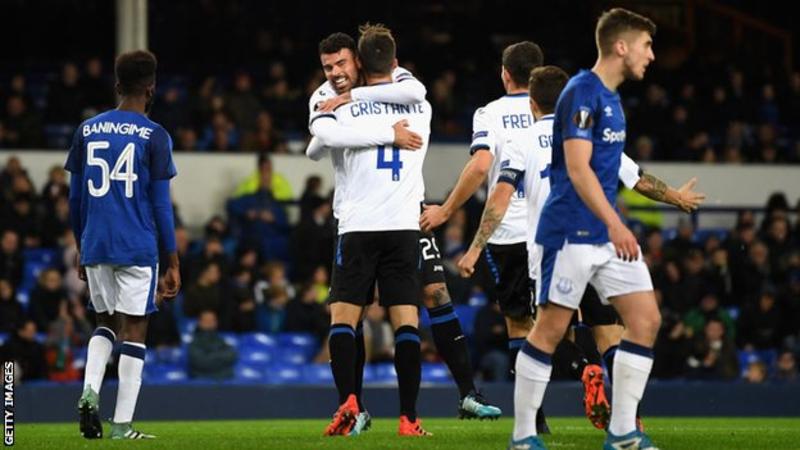 Everton were thrashed 5-1 by Atalanta in the Europa League at a less-than-half-full Goodison Park.

The Toffees had already been eliminated before the game but caretaker manager David Unsworth selected a strong side featuring Wayne Rooney, Kevin Mirallas and Ashley Williams.

Sandro Ramirez scored his first goal for the Toffees to cut the deficit but substitute Robin Gosens’ well-struck dipping volley beat Robles before Danish striker Andreas Cornelius’ brace made it worse as Atalanta sealed qualification to the knockout stage.

When Cristante struck the opener, it was the 16th time Everton had conceded first in their past 18 games.

But three Atalanta goals from the 86th minute completed a miserable night for the hosts as the Italians secured their first away victory of the season.

SEE ALSO: SOME FANS DIDN’T WANT ME TO BE WEST HAM MANAGER – MOYES

Yar’Adua Wanted Ibori as Vice President Instead of Jonathan – Abdullahi