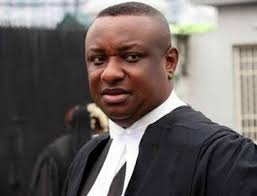 Festus Keyamo, a Senior Advocate Of Nigeria (SAN), has said that some videos that have gone viral on social media purportedly exposing how February 23, 2019, presidential election was rigged are subservient to the provisions of the Electoral Act and INEC’s guidelines.

INEC had declared President Muhammadu Buhari, candidate of the All Progressives Congress (APC), winner of the election with 15,191,847 votes, as against 11,262,978 polled by Atiku Abubakar, candidate of the Peoples Democratic Party (PDP).

However, the PDP and Atiku had dismissed the results released by INEC as fake and fabricated, claiming the original results were those purportedly obtained from the INEC server.

According to the PDP and Atiku, the results obtained from the server showed that Atiku actually polled a total of 18,356,732 votes to defeat Buhari, who had 16,741,430 votes.

Both PDP and Atiku claim to be in possession of certain documents proving that he won the presidential election overwhelmingly with 1.6m votes.

The PDP and Atiku have since filed a petition, precisely on March 20, to challenge Buhari’s reelection, with APC and INEC as co-respondents.

In their petition to the tribunal, PDP and Atiku deposed that some ad hoc staff and other INEC officials, relying on the training/instruction by the first respondent (INEC), transmitted the scores they got from the polling units to INEC server.

Atiku and PDP went on to list 13 ad hoc staff of INEC who all testified that they indeed uploaded results from their polling units to the INEC server as instructed during their training.

Atiku, speaking through his lawyers at the tribunal, led by Levi Uzoukwu (SAN), noted that the results he allegedly obtained from the INEC server were neither false, nor contrived, nor concocted.

Recently trending is a pre-election video of an INEC official explaining the manual and automatic recording of results on Channels TV to suggest that results uploaded to the INEC server are as valid as the manual version. This, even though this wasn’t the official’s intention, seems to support Atiku’s claim that figures he obtained from INEC server prove his victory over Buhari.